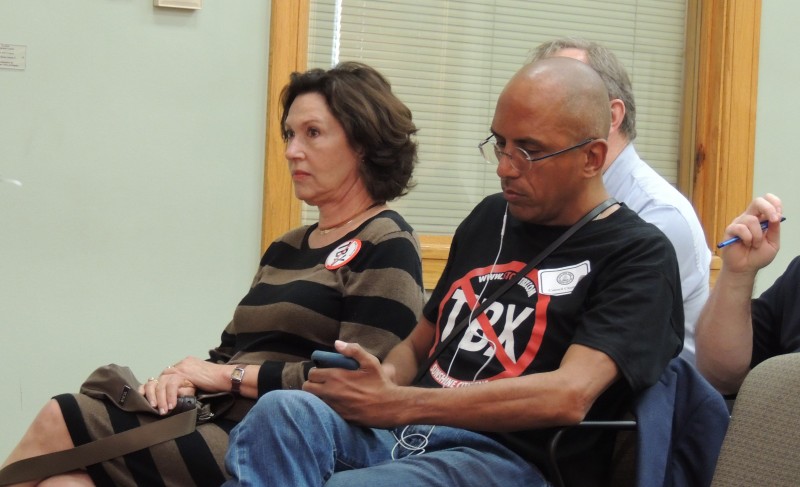 Some members of Tampa City Council are so enraged at a proposed interstate highway expansion that would cut through neighborhoods that they want to hire a consultant to analyze its impacts. Council members met Thursday morning as the CRA Board – Community Redevelopment Agency – and got an update on the proposed Tampa Bay Express from the Florida Department of Transportation. Council member Frank Reddick interrupted the FDOT presentation about how residents are compensated when they give up their homes to make way for the project nicknamed TBX.

“And I can understand about the urban planning, the urban development, and you can say all those things. But you’ve got to think about the personal sacrifice these families are making and these businesses have to make.

The FDOT’s senior right-of-way agent, Zenia Gallo, told Council members there are still 140 families and 33 businesses that would need to be relocated and compensated if TBX goes through. It calls for widening interstates and adding express toll lanes. The most controversial section affects neighborhoods in downtown, Ybor City and Tampa Heights.

City Council member Yvonne Yolie Capin agrees with her colleagues on the need for a consultant to see whether TBX should be slowed down or stopped.

“If the study shows – the consultant we plan on hiring shows – that we need to, we will make the most effort we can to do that.”

Near the end of the meeting eight residents spoke out against the TBX project, though many others had already left. Building contractor Chris Koury accused FDOT of ‘abuse’ and ‘decimating’ 12th Avenue for pressuring so many people like him to sell them their properties.

“It’s abandoned now and the code enforcement folks park on the grass. That’s what their using the property for. I’ve subsequently taken this house, because I was the last bidder on the house, and moved it to 11th Avenue, 600 feet away. It cost me about $92,000 just to move it, then there was land costs. But, it’s sitting very prominently, in that national historical landmark district. It will represent us all well, and eventually I will sell it. Probably lose a little bit of money on that.

“But, you guys, please understand the abuse that is coming out of FDOT. They buy in excess, way ahead of time and it’s time we all put a stop to it. It’s just ridiculous.”

On June 22 the Hillsborough Metropolitan Planning Organization, or MPO, will vote on whether to move forward with spending more than $20 million in the state budget to acquire properties needed for TBX right-of-way. City Council members favor putting on the brakes because there are two other transportation issues being considered at the same time as TBX: GoHillsborough and a “premium transit” study by HART. So on May 12, the City Council sitting as the CRA will ask the boards from downtown, Tampa Heights and part of Ybor City to fund a consultant to study whether TBX makes sense within a proposed long-term plan for Tampa Heights.