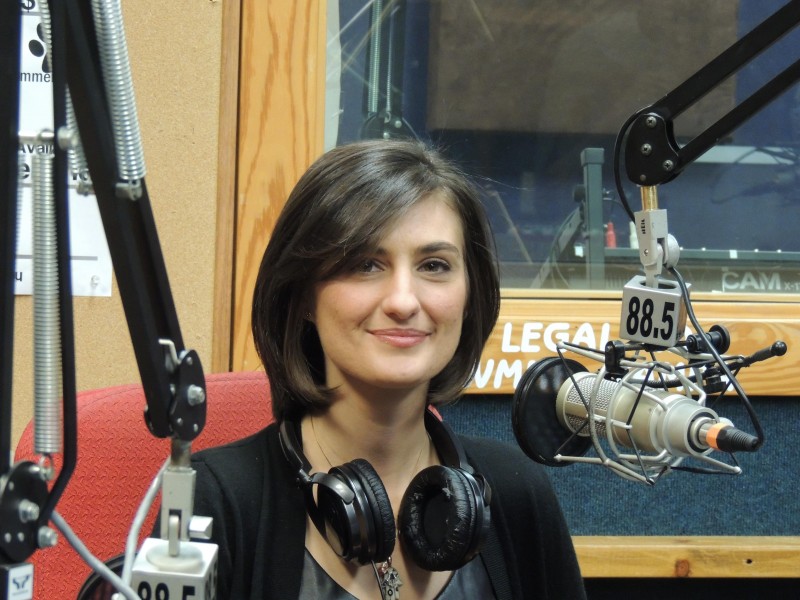 This show is a look at Islamophobia in the Florida Legislature and on the presidential campaign trail; we spoke with a Tampa Muslim who says she was the victim of Islamophobic bigotry by a member of the Florida House of Representatives.

Laila Abdelaziz is Legislative & Government Affairs Director of CAIR-Florida, the Council on American-Islamic Relations. She’s also a board member here at WMNF.

Listen to the full show here (the videos are below) …

We just had Abdelaziz on the show four weeks ago, and that’s not typical – but there are some updates to bills we talked about during that show as well as a very disturbing incident that happened to her in the state capitol Thursday.

Abdelaziz was in Tallahassee advocating against what she calls an anti-refugee bill. It passed its final committee that day in the State House.

Here is the summary of the bill from the House website:

After it passed, Abdelaziz found herself in an elevator with several member of the House State Affairs Committee who had just voted. She says Rep. Tom Goodson (R-Titusville) made a joke about whether it was safe to be in an elevator with a Muslim like Abdelaziz. Here’s how she characterized it on Facebook:

WMNF News called Rep. Tom Goodson’s Tallahassee and Titusville offices and left voicemails inviting him on the MidPoint show, but got no response.

Here’s how Abdelaziz describes the elevator incident to WMNF News:

“So directly after the committee, where they passed this anti-refugee measure, I had gotten into an elevator with several members of the Florida House. These are all elected officials that were in that committee. And we were leaving the floor and another member of the Florida House was entering the elevator and as he entered the elevator he kind of jokingly hesitated as he got in. And he said to me ‘Oh, is it safe to ride an elevator with you?'”

You weren’t, ‘a stranger to him and he was nervous about something.’ He knows you, personally, right? I mean, you’ve had interactions with him and I’m going to say his name, because you’ve told me and you’ve told Huffington Post, this is Representative Tom Goodson, who is Titusville Republican.

“And Representative Goodson represents a district where there was a mosque that was recently vandalized.

“I work at the Council on American-Islamic Relations. We’ve seen such a significantly concerning spike in hate incidents targeting Muslim-Americans because there is this fear, there is this misunderstanding, there is this mischaracterization that Muslim-Americans, that the Muslim global population, and that Islam itself is a violent religion, which we absolutely push back against. Muslims are law-abiding, peace-loving people.

“And for Representative Goodson to make a remark at me, knowing that I’m a Muslim-American woman, knowing that I work for the Council on American-Islamic Relations, that he, for some reason, should fear being in an elevator with me because I am a threat to him. I mean, it’s very concerning and it’s very frustrating, because this is an elected official that’s making very serious decisions on behalf of a very diverse state. And to me that tells me that Representative Goodson is not in touch with what’s happening in his own district, is not in touch with the dangerous implications of making these kinds of jokes at somebody’s expense.

“And women in elevators have no shortage of uncomfortable situations and scenarios with men, so it was a lot of levels of frustration that I was feeling, because an elected official, that had just voted for this bill, knowing that it’s most likely unconstitutional and then enters this elevator with me and makes that kind of remark. It’s wildly inappropriate.”

On Facebook the bill’s sponsor, Lake Ray (R-Jacksonville), takes issues with criticism of the bill:

“To be clear, HB 1095 does not condone the use of military force against refugees. This legislation simply requires the Governor to verify the status and background of refugees attempting to settle in Florida. This is commonsense legislation to protect our economy and ensure our citizens are not put in danger. Please spread the word about the mischaracterization about this important bill.”

We looked at this Florida bill in the national context as well, including Republican presidential frontrunner Donald Drumpf’s call for keeping Muslims out of the U.S.

We also spoke about another bill that has passed the Florida House and Senate and is awaiting Governor Rick Scott’s signature. A letter signed by Abdelaziz and others asks Governor Rick Scott to veto SB 86 / HB 527 because it “would create a blacklist of companies that boycott Israel and would prohibit public entities from contracting with those companies.”