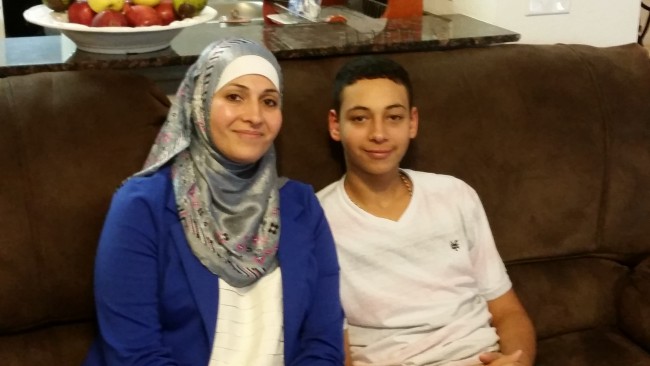 The Israeli police officer convicted of beating up a Tampa teenager in Palestine last summer has been sentenced to 45 days of community service, but no jail time. In July 2014, while he was on vacation in the West Bank, Tariq Khdeir was beaten by Israeli police in an event captured on phone video. Khdeir was accused of attacking the officers, but later cleared of all charges.

Thursday morning WMNF News spoke with his mother, Suha Khdeir to get her reaction to the officer not getting jail time.

“Well, it’s a slap on the wrist. I’m just disgusted. I just don’t feel like it’s fair; it shows that Israel tolerates the violent and inhumane beatings of children. And we just feel like justice has not been served.”

And there were other police officers involved in the beating. What’s happening to them?

“As far as I know, nothing. Nothing. You know, they said they were charging one police officer. We mentioned it before that there were three involved. But, you know, apparently no action has been taken against them.”

Has Tariq recovered from his injuries and is he getting back to his life already?

“Somewhat. But he still suffers. We are, as a family, suffering still. Especially the fact that we still hear that family members are being jailed in prison and even some being shot dead. And so it just brings back memories constantly of Tariq’s beating.”

Do you want to go into more detail about what you just said about the family members in Palestine being imprisoned and shot?

“Well, right now my brother is actually in prison. And with the intifada going on the Israeli police are still in the village and shooting and throwing tear gas. All that is still going on.”

Here’s an update from the AP:

The United States is offering uncharacteristically sharp criticism of Israel after a policeman captured on camera beating an American citizen was sentenced to six weeks community service.

The incident occurred during a violent protest in east Jerusalem in July 2014.

Fifteen-year-old Tariq Abu Khdeir of Tampa, Florida, a Palestinian-American dual national, was beaten after the murder of his cousin. Israeli extremists had burned the 16-year-old cousin alive in revenge for the killing of three Israeli teens in the West Bank.