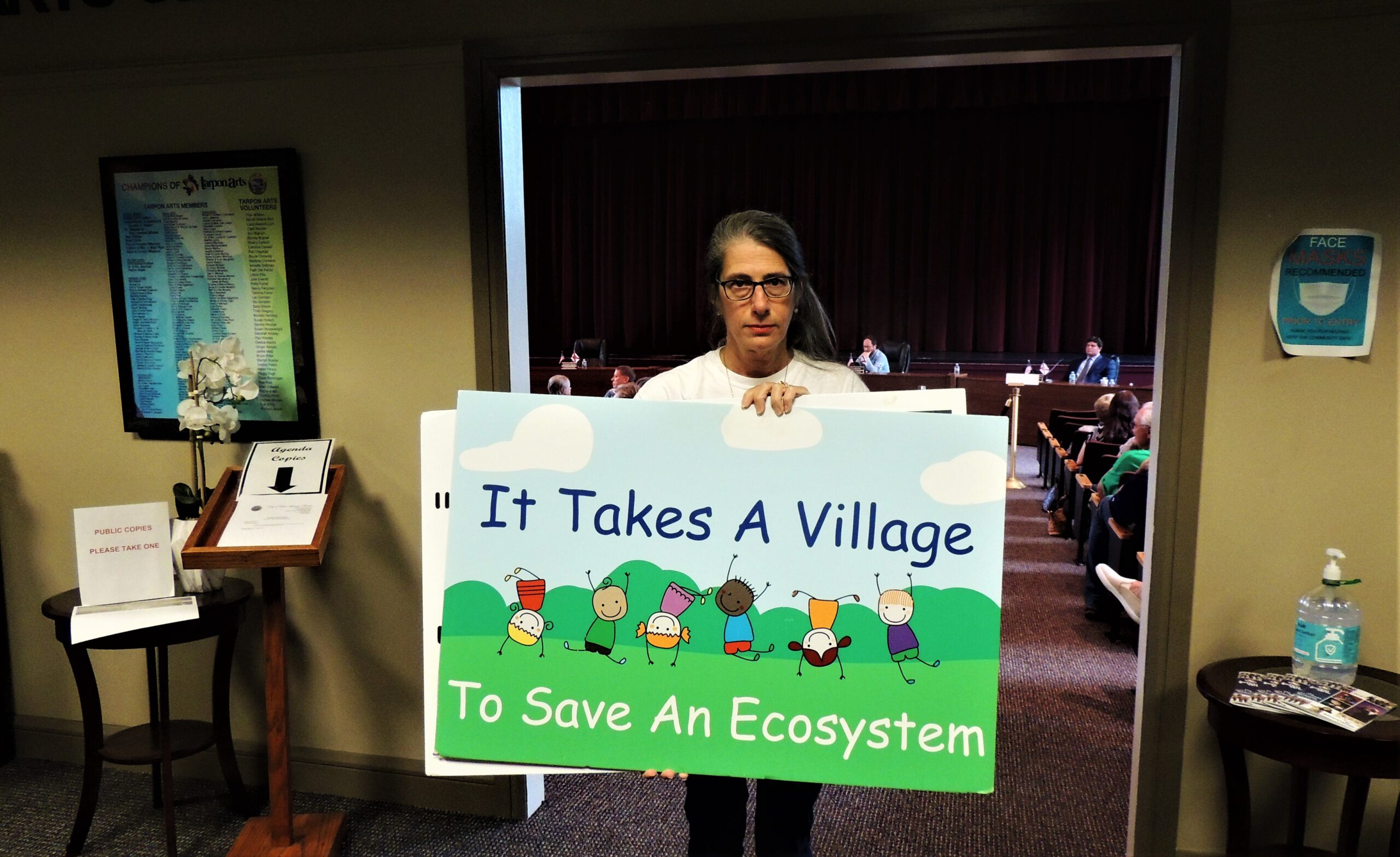 A group of conservationists in Tarpon Springs scored their first victory in the fight to keep an apartment development from being built on 74-acres of green space along the Anclote River. The City’s planning and zoning board Monday voted against recommending the project’s approval.

It’s not often a city’s planning and zoning board meeting ends with applause. That is, however, just what happened after Monday’s nearly six-hour meeting.

The City Commission will have the final say, starting with meetings in October. But for conservationists who’ve been fighting to save the 74-acres of land still owned by Walmart from development, Tuesday has been a good day.

“Well, it feels like a wonderful victory,” Chris Hrabovsky said.

Hrabovsky has been fighting to save the land since Walmart tried to build on it 16 years ago. The project was approved by the city, but Hrabovsky and other activists tied it up in court for years. Ultimately, they kept the store from being built.

Last year, Houston-based developers the Morgan Group submitted plans to build a 404-unit apartment complex called Anclote Harbor on the land along U.S. 19. The zoning board and city approved the project, but the developers resubmitted the application in order to include a second access point on 19.

Board members, including chairperson Michael Seamon, said they were concerned over safety. Some drivers would have to make a U-turn and cross multiple lanes of traffic to get to the property. After closer analysis of traffic issues, board members said they couldn’t recommend the City approve the project.

“The bottom line is, I don’t want to feel partially at fault when somebody dies going in or out of the place,” Seamon said. “So, I can’t support it.”

The original application had been approved with a single access point and the promise of a second. The developer explored creating a new road on the backend of the property. That, however, would’ve required imminent domain, which was a non-starter. Groups formed to save the land, like the Concerned Citizens of Tarpon, pushed back on the City’s agreement to add a second access to an already-approved development. So, the plans were resubmitted.

Concerned Citizens now hope the site can be purchased from Walmart and turned into a park and preserve. The site contains more than 21 acres of wetlands and 14 acres of uplands. There’s a live oak habitat, multiple bald eagle nests and a number of gopher tortoises.

Bald Eagles and gopher tortoises are classified as threatened species.

“What’s next is we’re gonna make it a park. And we’ve already been working on lining up the funding for it. That’s all in the works. But before we can implement that plan, we have to defeat this project. And we will.”

Now that the planning board has recommended denying the application for the site, it’s up to Commissioners to accept or reject that recommendation during a meeting Oct. 26.