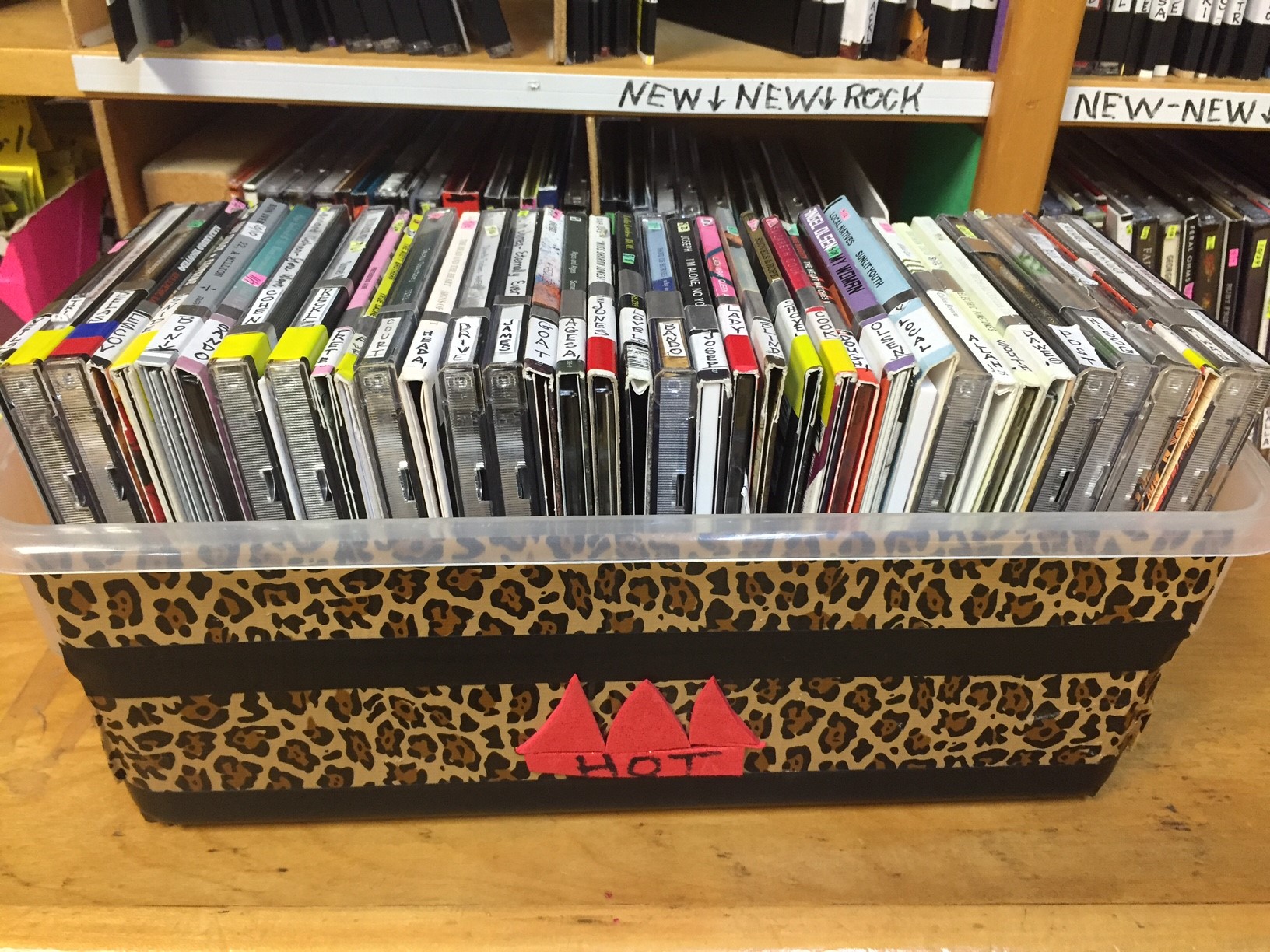 Music can heal, encourage, excite, soothe and identify us. So let’s find out what is currently in WMNF’s Hot Box, and predict which ones will go on to be major new releases. The Hot Box is literally a box filled with newly released cds, from both new artists and experienced ones. The three major show strips (Morning Show, It’s the Music, Traffic Jam) and other hosts pull a few songs from these cds for their shows.

You might recognize her voice from Mazzy Star. She is a circuitous singer, and the journey is the whole point. Hope Sandoval teams up with singer Kurt Vile in the song, Let Me Get There, which is an excellent, excellent idea. This video was our Song of the Day on wmnf.org a little while ago, and it is a great driving song. It is off the new release, Until A Hunter.

Bon Iver took a very unexpected turn with his new release, 22, A Million, with a mix of electronica folk and psychedelia. It feels like he is searching. This song, Over Soon, stuck with me.

I am jumping the gun on this, because this cd isn’t in the Hot Box (yet), but a lot of the best and most conscious protest music right now is coming out of hip hop. This is off Ahmen’s new release, If Not Now, When.

Leonard Cohen’s last release, You Want it Darker, came out less than three weeks before he died on November 1oth. He gave many interviews before he died, acknowledging his aging, and his anticipated slipping away. Though there is sorrow woven throughout the disc, there is also serenity, and the solid sincerity of him musically holding our hands in his, one last time. Though in Traveling Light, he still gets a few of his quicksilver puns in.