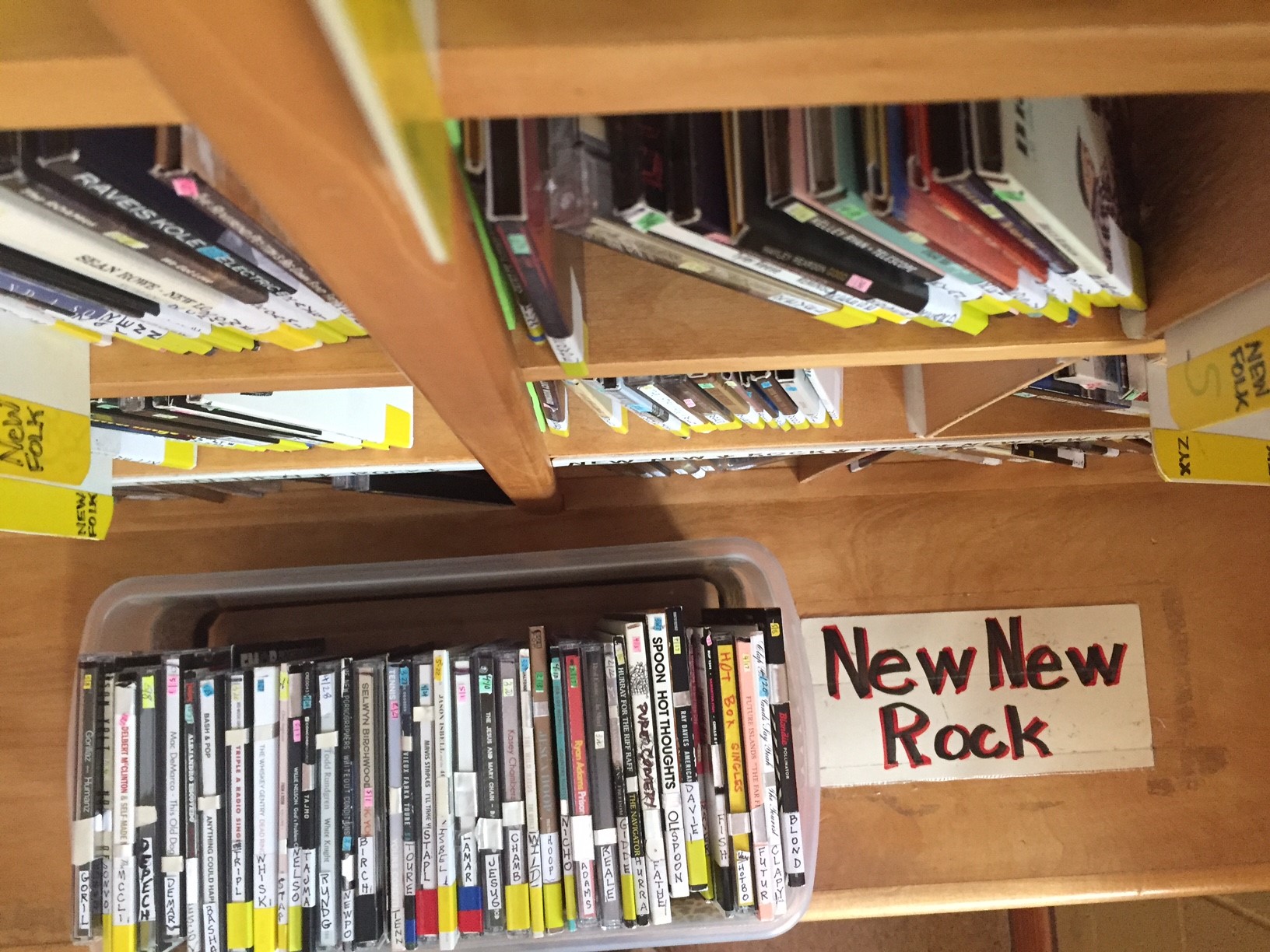 WMNF uses a leopard skin box (with flames, because it is HOT) to hold about 30 cds that we think the listeners will really love hearing.

There is a new Jason Isbell release out, and each song becomes a new favorite. Here’s one off The Nashville Sound.

Kendrick Lamar released one of the best albums of 2016, and he is dropping even more music. Damn rewards you every time you listen again. And the guests on this release are amazing.

The thing I love about Gorillaz is that they maintain all of the elements of what makes them fun (animation, fan interaction, super catchy good music) without getting trapped by it. They have a new release, Humaz, out, and I AM HERE FOR IT. Plus their videos are like mini-movies.