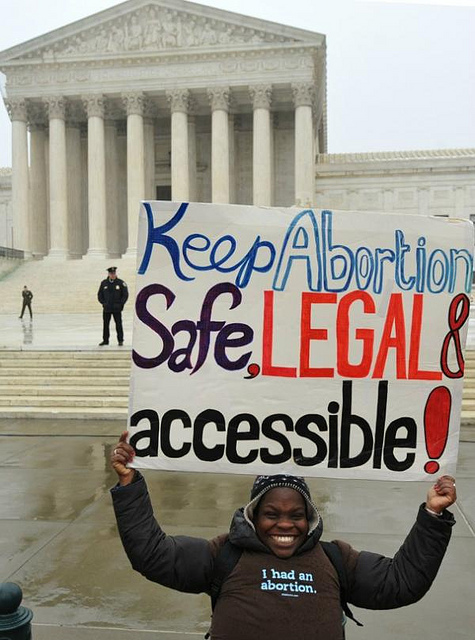 Women’s Show Discusses Victory in the Supreme Court and GMOs

On Monday the Supreme Court struck down Texas HB 2 , finding it imposed an undue burden on women’s constitutional rights.  Facts – finally facts over rhetoric, data over beliefs.  It has been a long time coming!  Under the guise of protecting women’s health, women have been denied their basic constitutional rights of the autonomy of their own body.  Will this turn the tide against the onslaught of rules by states to deny women their basic reproductive rights?  Jessica Mason Pieklo from Rewire, will update us on the recent Supreme Court rulings on Thursday’s show.

What about Florida?  How will the Supreme Court decision affect some of Florida’s rules?

We are not just talking about a woman’s right to an abortion.  Florida is already tied for last when it comes to women’s health and well-being and is facing the highest numbers of new HIV diagnoses in the country.  We also have some of the highest cancer rates in the nation.  Florida is ready to implement the defunding of Planned Parenthood for all individual services including HIV testing, PAP smears, and cancer screenings – note above data for the importance of this funding.  78% of Planned Parenthood health centers in Florida are in rural or medically under-served areas.  Barbara  Zdravecky,President/CEO at Planned Parenthood of Southwest and Central Florida will update us.

Tune into From a Woman’s POV Thursday at 10 am to hear both interviews or listen back in the archives.