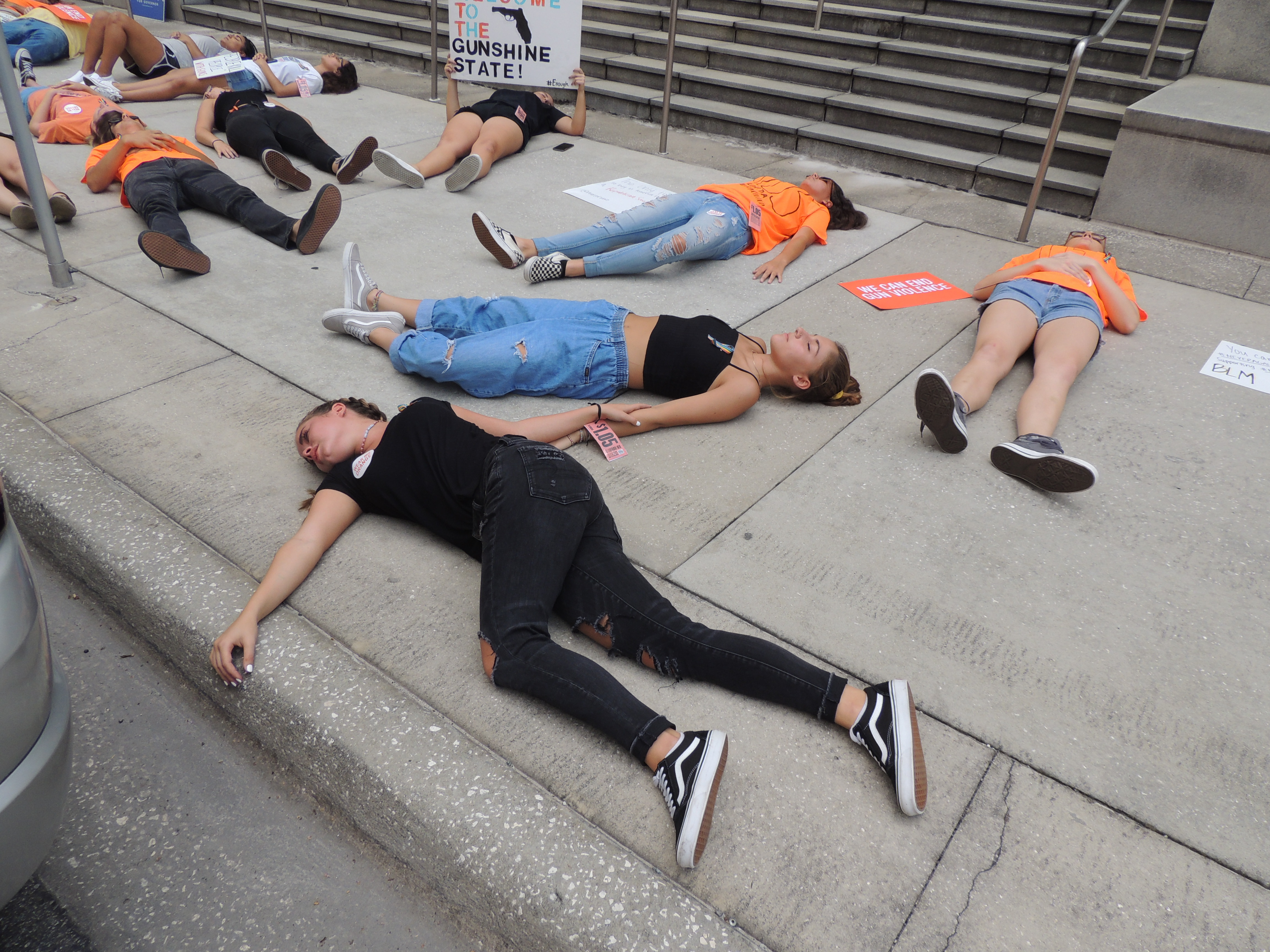 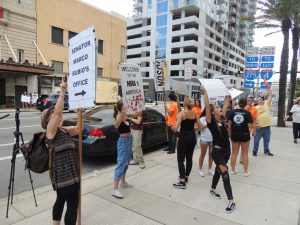 At noon today 28 people – most of them high school students – laid silent and motionless on the sidewalk in front of the Federal Building in downtown Tampa. The demonstration in front of the building where Senator Marco Rubio’s office is located is part of a nationwide series of die-ins to protest inaction on gun violence.

Before the twelve-minute die-in, those students and a dozen others held signs and chanted slogans like:

What do we want? Gun control!

Thoughs and prayers? No! Policies and change! 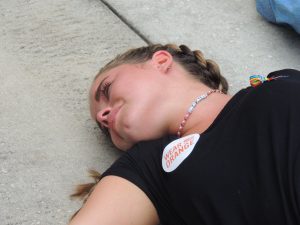 Isabella McKnight goes to Palm Harbor University High School. WMNF News spoke with her after she wept lying crumpled on the sidewalk for twelve minutes.

“I’m here because I’m fed up about going to school scared. I’m tired of seeing it on the news. Every time I look on the news. Why? Why do I see somebody got shot? 49 shot [two years ago at Pulse]. Even people injured – there was just recently one where there was only a couple of injured. Why? A middle school – a middle school! It’s ridiculous. We have a family friend, he committed suicide with a gun. And I just think it’s ridiculous. We don’t need it. It causes problems. We need to change this.”

What were you thinking about during those twelve minutes?

Another die-in participant, Catherine Donald, goes to Countryside High School and will be a senior in the fall.

Only two media outlets covered this die-in — the other was the blog Ybor City Stogie.

Watch the die-in here [ if it doesn’t load, try a different browser ] :