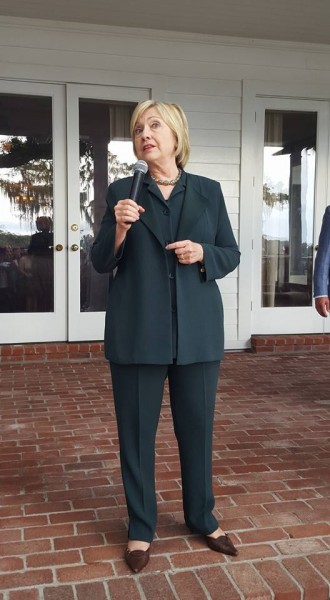 Former Secretary of State Hillary Clinton was in town Wednesday morning to raise funds for her campaign for president. Reporters were not allowed inside the event held at the Thonotosassa home of former state CFO Alex Sink. But afterward, WMNF News spoke with Katheryn Kepes, a Clinton supporter who lives in Valrico.

In addition to infrastructure, Kepes says Hillary Clinton talked to about 250 donors about her experience and about foreign policy; Clinton wants a combination of diplomacy and military might to defeat ISIS in Syria and Iraq.