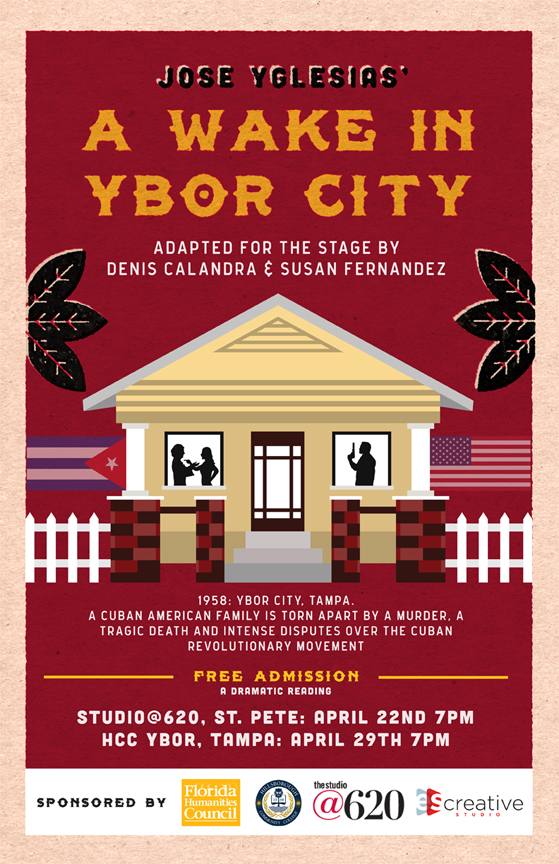 Jose Yglesias is probably the most famous Tampa-born writer that most people have not heard of. Born into a Spanish-Cuban family of cigar workers in Ybor City,  his work often dealt with Latin Americans who are exiled from their homelands and how revolutions affected their lives.Now his 1963 Novel, A Wake in Ybor City, is being adapted into a play and dramatic reading  that will be performed locally within the next couple of weeks.

Our guests today are the plays co-writers,  playwright Denis Calandra and Susan Fernandez, associate professor emeritus of history at USF St. Petersburg, to talk about Yglesias’ life and Ybor City at the turn of the century.

The play will be performed this Friday April 22nd, at Studio 620 in St.Petersburg starting at 8pm, and next Friday the 29th at the Studio Theater at HCC Ybor starting at 7pm.