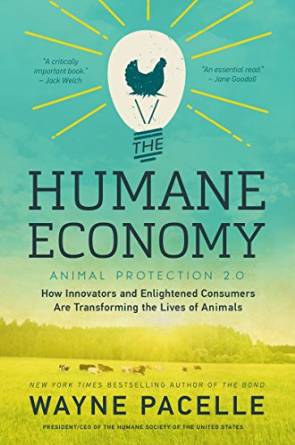 On Radioactivity Friday we discuss the growth of policies that ensure animal welfare. Now more than ever, cosmetics companies are promising no-animal testing with their products, Amusement parks and circuses are moving away from using animals for entertainment, and more people are supporting rescuing pets rather than going to breeders.

Our guest today to talk about the economic movement for animal welfare is Wayne Pacelle, the President and CEO of the Humane Society of the United States. He’s written a book called  The Humane Economy:How Innovators and Enlightened Consumers Are Transforming the Lives of Animals.

Florida congressman Democrat  Alan Grayson and Republican David Jolly—who are both running for their party’s US Senate nomination— will face each other in a live debate Monday. But they are choosing to do using an unusual debate model where the candidates will answer questions submitted and voted on by everyday citizens. And unlike some debate that require a TV cable subscription, the debate will be streamed online for free and is open to redistribution. Joining us to talk more on the debate is Congressman David Jolly from St. Petersburg and Lilia Tamm with the Open Debate Coalition.