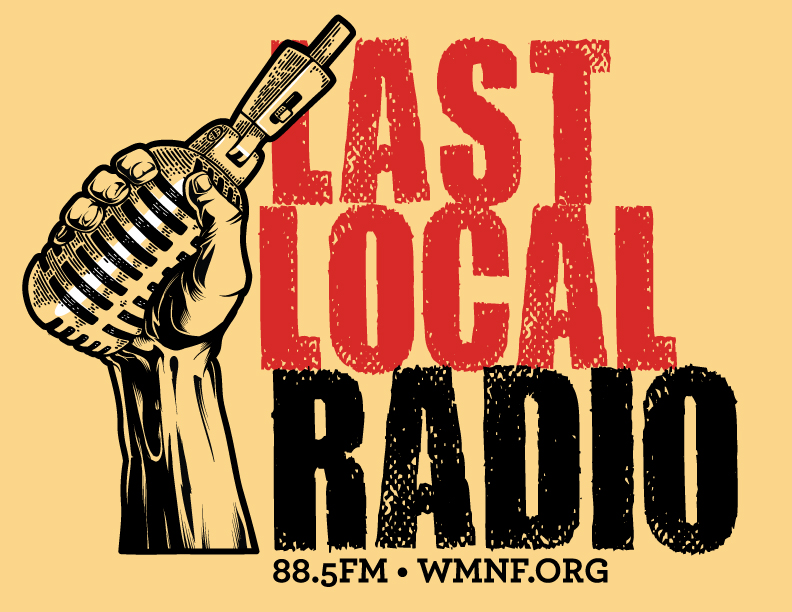 Check your email boxes, Justin just sent out the newsletter! Make sure it isn’t in your promotions folder.

We’re closing in on our 40th Birthday in September! Stay tuned for updates, and how to get in on the party of a lifetime.

———————————————————————————————
It’s only with your support that we’re going to stay on the air for another 40 years and beyond.
Are you a Circle of Friends member yet?  It’s the best way to give.  If you’re already in the circle, talk to a friend or family member about supporting community radio that gives them a voice. They can donate here, or you can increase your monthly gift. Thank you!

Another great way to support your station is our vehicle donation program.  Got an old car sitting around collecting dust?  Donate it to WMNF and turn your burden into a gift. 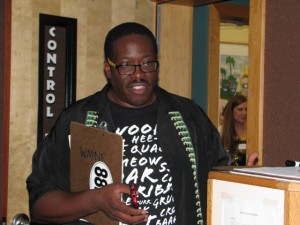 When Scott Elliott moved from New York City to Tampa in 1996, he found himself in a place where he missed the lively and overflowing culture of the city he grew up in. He yearned for a resource to discover the heart and soul of Tampa. Scott and his partner were on the way back from a trip to Atlanta when they first encountered WMNF.

“We heard all this Native American music of different types. We were like what is this, this is really cool. And, once we found it we just never left, we just kept listening and became fans of Clay Pigeon, Nell Abram, Marcie Finklestein and Flee.”

At Skipper’s Smokehouse events they would look for their favorite DJs.

“We were like WMNF groupies. It was cool that it was local and they were approachable and that’s how I first connected to the station.”

They started volunteering at Tropical Heatwave. They first year they did cleanup afterwards, the second year they ran water to all of the stages and performers.

“It was a hard job. But we would always go to Heatwave and that’s how we’d pay for it because we didn’t have a lot of money.”

When WMNF moved into its current studios in 2005, Flee was looking for people who would like to move CDs from the old building to the new one.

During the move, Scott met more DJs at the station and began learning the ropes in the studio. Soon after, he started filling in on certain shows when the hosts couldn’t make it.

Scott took the programmer class and submitted a proposal to Randy. Because he was doing so well subbing, Randy offered him an early morning spot from 4 – 6 am. This was the beginning of “All Souls”.

“I wanted to do a show that had everything, all kinds of music from around the world. I’d wake up at 3 am to do the show, it was a long day. I never wanted to go out on Friday nights.”

Scott worked the early morning shift for two years and hosted a variety of other shows as was needed.  His hard work and dedication paid off when he was offered a prime time spot for It’s The Music! All Souls on Wednesday.

“There are people who have been following my show since the very beginning, but I’m also visible because I do more than just a show. I perform a lot for WMNF and on my own and as a singer in the band Talk To Mark. I also host the Listen Up film series once a month.”

The community’s love and respect for Scott shone recently as he endured a bout with cancer.

“I’m humbled. When the community came in droves to help me in any way they could, I was blown away by how much love is out there. I didn’t realize how many people knew of me and cared that much: finance, food, holding my hand, coming by to say hello, calling me, you know?”

It’s this kind of outpouring of support and kindness that separate community radio from the rest.

“WMNF is more than just a radio station. You maintain lifelong friendships with people, even if we’re not actively DJing or anything, we’ll still be part of the family no matter what.”

Find out more and stream It’s The Music! All Souls 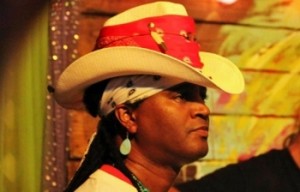 Two Worlds Indigenous Radio brings to life the voices of Native people, their traditions and culture. Alvon Griffin hosts the show, and unfurls a world of classic, traditional, contemporary and experimental Native music. He’s influenced by his own Native roots, along with the communities he grew up in, from Boise to Berkeley to Tampa.

Alvon first heard of WMNF during its infancy, when the station was still operating out of a house in South Tampa.

“They had the albums in the bathtub and stuff like that. It seemed like somebody just decided to put a radio station in a house where the owner wasn’t feeling it anymore. There were holes in the wall and everything. I wondered, ‘How can you broadcast out of here?’ With duct tape and band-aids.”

At that time, Alvon had no thoughts of being on the radio. It was years later when he decided to submit a proposal for a show called Brazilian Tropical.

“I was hosting Brazilian Tropical and Gumby Ortiz was hosting the Latin Jazz show. He got another gig and could no longer do it. I ended up hosting both of those shows at the same time, and I changed the name of the show to Latin Jazz and Salsa so it gave me a little more music to pull from.”

Alvon spent time hosting multiple shows at once and subbing for other shows, putting in the work where it was needed. Eventually he was asked to fill in on Two Worlds, when the hosts needed time off.

“Eventually the hosts were no longer able to do the show, so I took over. I was doing another show called Outside The Box at the same time for a while and eventually that got to be too much. So I began hosting Two Worlds only, and changed the name to Two Worlds Indigenous Radio.”

He changed the name because he really wanted to focus in on Native artists and indigenous people’s current affairs.

“Within the music, you’ve got all sorts of information about stuff that’s going on on reservations, Indian country and all this kind of stuff through the artists. I think that’s really important considering where we are as a community.”

Alvon’s family is Native and African. This, along with growing up in Boise, Idaho where the largest minority is Native, has influenced Alvon in his musical journey.

“I always knew that my mother was African and Seminole and my father was Powhatan and Cherokee. But recently I found out that we’re actually related to Chief Powhatan, the Griffins are on the family tree.”

Beyond bringing Native consciousness to WMNF’s listeners every Sunday, Alvon has used his musical talent to teach young people the therapeutic aspects of music.

“I work with the kids to teach them anger management and conflict resolution using Brazilian percussion. This is rhythm therapy. I’ve been working with the Department of Juvenile Justice for a little over 20 years, working with kids who have behavioral situations, substance abuse issues. As well I work with handi-capable young people and adults.”

“There’s no other place that would feature Native artists like WMNF does, there’s none. They might play it but not mention their heritage. It’s like Link Wray or Jimi Hendrix, nobody said they were Native. It’s an opportunity to bring awareness.”