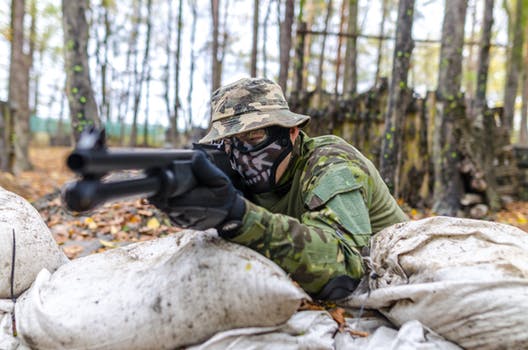 There are two efforts to let Florida voters decide whether or not to ban assault style weapons.
One campaign is being led by South Florida Congressman Ted Deutch. He wants to get a measure on the 2020 ballot that would restrict the sale of AR-15 style rifles.
Getting a referendum on the 2020 ballot to ban assault style weapons would require 766,200 signatures from registered Florida voters. The measure would then need to pass by at least 60 percent.
A Florida Atlantic University poll conducted in the weeks after the Parkland shooting found 69 percent of Floridians in support of a ban of assault-style rifles.
While the congressman’s effort has some big names behind it- there’s another effort- this one backed by a South Florida businessamn.
Donald Cleveland, who is president of a commercial insurance firm, is slightly ahead in the process. The state Division of Elections already approved the draft of his ballot initiative to ban military-style weapons.
After the Parkland shooting, Cleveland formed the Stop the Killing Committee and launched a website (http://www.stopthekilling.us/) to start gathering signatures needed to get the proposal on the ballot.

His measure would prohibit civilians from owning any gun that holds more than seven rounds of ammunition. That would ban not only AR-15-style rifles but also many popular handguns. (Source: http://www.sun-sentinel.com/news/florida/fl-reg-gun-ban-amendment-20180503-story.html) He joins us now.

Philanthropist, former banker and a millionaire many times over- David Starz is the latest person to enter the Tampa mayor’s race. The race is not until March 2019 but it’s already drawn a crowded field to replace Bob Buckhorn who is term limited. Tampa is the area’s largest city and the mayor is often considered not just a leader of the city but of the region.

So far Tampa council members harry Cohen and Mike Suarez former Hillsborough county commissioner Ed Turanchik, businessman Topher Morrison and former police chief Jane Castor are all running. Now Straz will make a run for mayor- his first run for elected office. He says he’s not a politician and he thinks handling the city budget is the number one issue. He promises to limit campaign donations to $500. But if he has to- he has deep enough pockets to self-fund. And although he voted for Donald Trump he says he identifies now more with the Democratic Party.

I spoke with Straz earlier this week..
For WMNF’s Radioactivity I’m Rob lorei.