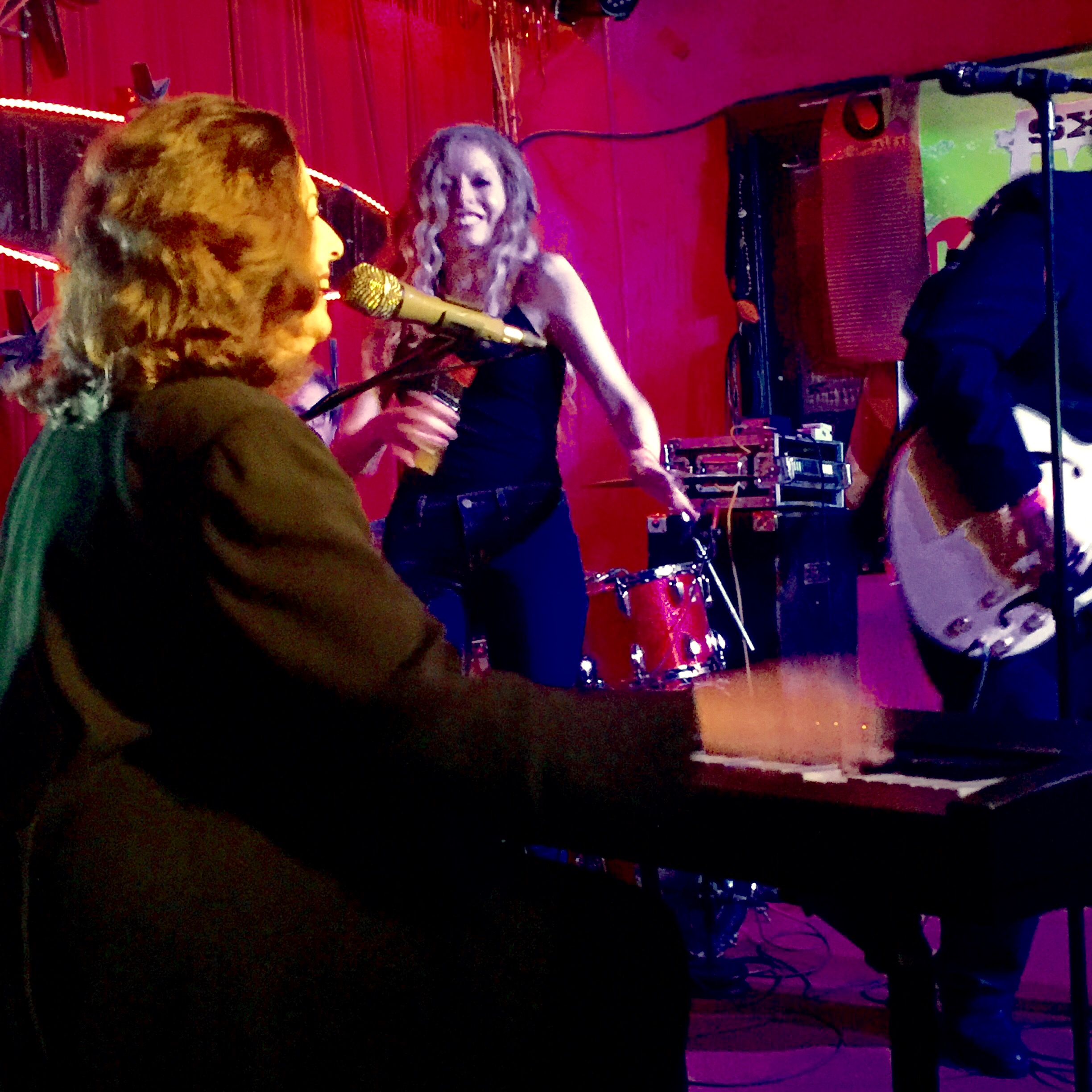 “Hey, nearly every band at SXSW: the Eighties called and it wants its Casio back!”

That was a sarcastic post I made after watching the Tanlines, a duo from Brooklyn. They were a late afternoon offering at The Container Bar, a hip, cubist venue in the Rainey Street Historic District, fitting for the Tanlines. Vocalist and guitarist Eric Emm looked fetching in a leather hat with a wide, flat brim, the kind of hat that was on the head of someone cool in the Sixties. But percussionist Jesse Cohen drives the show. Jesse plays a mean Casio. And a computer. 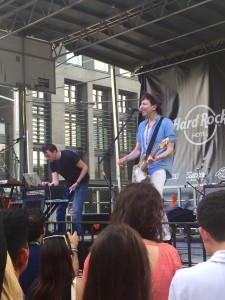 Even through the dreadfully mixed sound at the Container Bar, the familiar influence of Soft Cell enveloped the distorted beats and melodies. The crowd of Millenniums with pastel hair, big flower earrings, and yoga-toned biceps not only moved in unison, but called out the words. Maybe the Tanlines are Soft Cell for a new generation. In which case, I’m all for it.

No need to point out the Casio offenders; they’re making appearances everywhere and with luck, may soon fade into the background for a few decades. But two instances of keyboard genius beg to be shared.

First, there was Russell Walden, the man on the keys behind Judy Collins and her new partner in writing and performing, Ari Hest. They played to a capacity crowd at the Central Presbyterian Church on Saturday night. Pews of gray ponytails and receding hairlines showered the love on Judy, who turns 77 on May 1. In return, she sparkled, charmed, and even hit a high note or two. The only fan favorite was “Helplessly Hoping,” written about her by Steven Stills so an oddly self-revealing choice. Her voice soared to the pinnacle of the cedar-lined sanctuary. 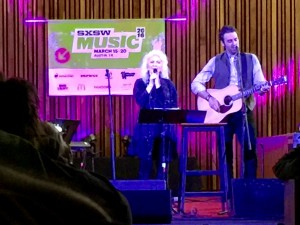 And Russell Walden? His keyboards sounded like an orchestra behind Judy’s star-dipped delicacy and Ari’s hunky earthy youth. The combination of the three, driven by the artistry of a piano maestro, was magical.

But not as magical as the serendipity of Saturday afternoon, when WMNF’s JoEllen Schilke and I stumbled into the Continental Club on South Congress just in time to find prime leaning space behind the keyboard setup on stage. A lovely woman with perfectly coiffed auburn hair and a fresh manicure smiled down at us. “I’ll have whatever you ladies are having!” she laughed. JoEllen and I had no idea who was about to entertain but we were pre-charmed.

Then she welcomed her son-in-law and her daughter, Annie Marie Dolan, to the stage and began to lead her tight band through a collection of old-school boogie woogies. Three songs in, she was hoisting her slippered foot on the keyboard to facilitate the rifts. Her hands were moving so fast they were a blur. Her banter turned to her brother, and the $40,000 royalty check he received from Sam Phillips for that one song. JoEllen turned to me, eyes wide. “Look,” she said, pointing to the schedule posted on the wall behind us. Linda Gail Lewis. As in Jerry Lee. His sister.

The band exploded. The Continental Club exploded. My SXSW was complete. Artistry on keyboards, albeit an electronic one, in the hands of a maestro who should headline a future WMNF Rockabilly Ruckus.

The best part of SXSW is discovering a band you didn’t know you loved.

Here’s a video of Linda Gail Lewis, though not from the Continental Club