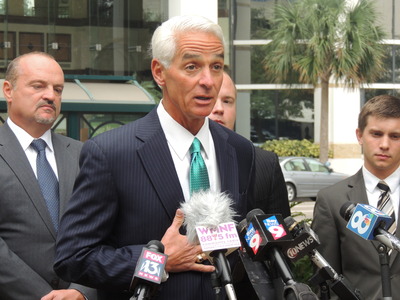 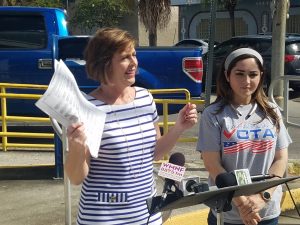 The online system is overwhelmed and not able to handle the rush of thousands of Floridians who have lost their jobs during the coronavirus pandemic.

Rep. Castor says DeSantis could raise that cap to supplement the $600 extra people get under a new federal emergency bill.

Castor and Crist are also asking for the state’s unemployment system to be available by smartphone app and to make Florida’s system less difficult for self-employed or gig workers to access.

Michelle Evermore, senior policy analyst at the National Employment Law Project (NELP), says Florida’s unemployment compensation is among the lowest in the country.

“In 2011 and 2012, the previous governor and legislature rammed through some of the most punishing rules in the United States. This system was actively designed to discourage workers from applying for benefits and were made to navigate a labyrinthine application process designed to fail workers.

“As a result, in the first quarter of last year, only 8.3% of unemployed workers in Florida were able to receive a benefit, the worst in the United States for that quarter. And the annual rate of around 10 percent is among the bottom two states.

“This is stunningly irresponsible. Around 49% of workers exhausted benefits before finding employment, also among the worst rates in the United States.

“Compare that to 2007 where recipiency was at 30%. This is a system that worked well under Gov. Crist.

“Unfavorable audits of Florida’s Connect system are nothing new. This system has failed audits since it was launched in 2013.

“Also due to the underlying system’s hideous record, NELP filed a formal complaint against the state’s system to the Department of Labor.

“The DOL’s Civil Rights Division agreed that the system needed serious reform finding this system is uniquely inaccessible to non-English speakers, people of color and people with disabilities.

“To date the system is still inaccessible and discriminatory.”

Former Governor Charlie Crist was asked by a reporter about his last chief of staff, Shane Strum, who is also the current governor’s chief and whether he might be able to influence Governor DeSantis to increase unemployment compensation.

According to the Florida Department of Health website, as of Wednesday morning, there were 15,456 positive coronavirus cases in the state. That’s up by more than 900 over yesterday. 309 people have died in Florida.

Here’s the county-by-county breakdown of the number of people who have tested positive for coronavirus in the Tampa Bay area:

The CDC website says that as of Wednesday afternoon, about 395,000 people in the U.S. have tested positive for coronavirus. That’s 21,000 more than Tuesday. There have been 12,754 deaths across the country.