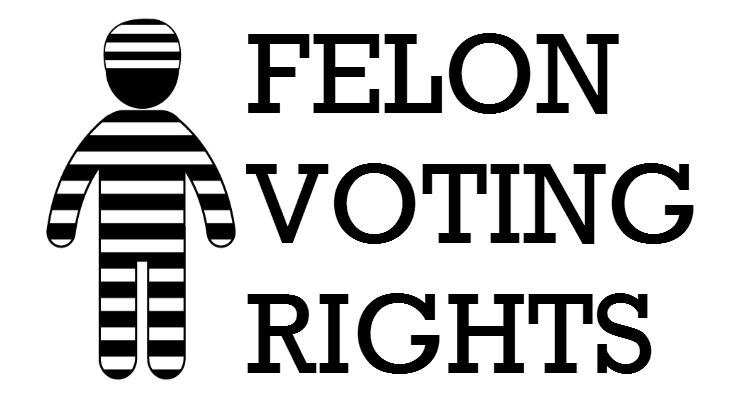 TALLAHASSEE, Fla. (AP) — In a ruling that could have reverberations on this year’s crucial elections, a federal judge on Thursday ruled that Florida’s current ban on former felons voting is unconstitutional and needs to be changed as soon as possible.

U.S. District Judge Mark Walker on Thursday issued a blistering ruling that says the state’s current process to restore voting rights — which can take years — is flawed. The lawsuit was filed last year against Gov. Rick Scott by a voting rights organization on behalf of several people who had completed their prison sentences but had their request for voting rights turned down.

Walker, who was appointed by President Barack Obama, said he will decide soon what Florida should do to fix the process. His 43-page ruling blasted Scott and state officials for the current system in place.

“A person convicted of a crime may have long ago exited the prison cell and completed probation,” Walker wrote. “Her voting rights, however, remain locked in a dark crypt. Only the state has the key_but the state has swallowed it.”

John Tupps, a spokesman for Scott, defended the process and suggested that an appeal was likely.

“The governor believes that convicted felons should show that they can lead a life free of crime and be accountable to their victims and our communities,” said Tupps. “While we are reviewing today’s ruling, we will continue to defend this process in the court.”

The ruling comes just months before Florida voters will be asked to alter the current ban.

Backers of a constitutional amendment last week won a place on the November 2018 ballot. If sixty percent of voters approve, most former prisoners would have their rights automatically restored.

For decades, Florida’s constitution has automatically barred former felons from being able to vote once they leave prison. The state’s clemency process allows the governor and three elected Cabinet members to restore voting rights, although the governor can unilaterally veto any request.

Walker said in his ruling that the automatic ban is legal, but added the process can’t be arbitrary, or swayed by partisan politics. He noted for example that Scott and the Cabinet restored voting rights to a white man who had voted illegally but told Scott that he had voted for him. Walker also pointed out that others who acknowledged voting illegally — but were black — had their applications turned down.

Florida’s current process for restoring voting rights to felons who have completed their sentences is a slow one. It requires a hearing, and applicants are often denied. Shortly after taking office in 2007, then-Republican Gov. Charlie Crist convinced two of the state’s three Cabinet members to approve rules that would allow the parole commission to restore voting rights for non-violent felons without a hearing. Within a year, more than 100,000 ex-felons were granted voting rights.

But Gov. Rick Scott and Attorney General Pam Bondi pushed to end automatic restoration of voting rights as one of their first acts upon taking office in 2011. Most former felons have to wait at least five years before they can even apply to have their rights restored. Over the last seven years less than 3,000 former prisoners have had their rights restored.

“Today a federal court said what so many Floridians have known for so long_that the state’s arbitrary restoration process, which forces former felons to beg for their right to vote, violates the oldest and most basic principles of our democracy,” said Jon Sherman, an attorney with the Fair Elections Legal Network.

“While the court has yet to order a remedy in this case, it has held in no uncertain terms that a state cannot subject U.S. citizens’ voting rights to the limitless power of government officials.”

Florida’s ban on ex-felon voting — along with a voting list purge that took some non-felons of voting rolls — likely cost then-Vice President Al Gore the 2000 presidential election. Republican George W. Bush won Florida that year, and thus the White House, by 537 votes in an election that took five weeks to sort out.
Before the 2000 election, then-Secretary of State Katherine Harris hired a company to purge felons from the state’s voting lists. But the process was flawed and many eligible voters were removed from rolls because of mistaken identity. Others were convicted of misdemeanors and not felonies.