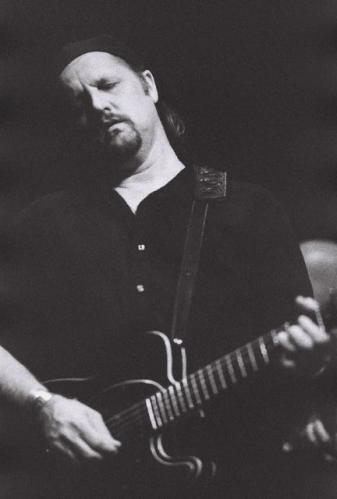 Longtime WMNF favorite Jimmy LaFave died of  lung related sarcoma cancer on Sunday, 5/21.  The songwriter was able to attend, and perform, at a tribute show in his hometown of Austin last Thursday. According to the Austin Chronicle, he said,

Jimmy LaFave played multiple concerts for WMNF in the 1990s and 2000s, including the station’s birthday party in 2003; our big Millenium Bash in 1999; the Woody Guthrie Tribute at the Palladium with Eliza Gilkyson and Slaid Cleaves; another Guthrie tribute, Ribbon of Highway, at Tampa Theater in 2009

WMNF’s Program Director Randy Wind, who not only creates the sound of WMNF but books most of the station’s concerts, wrote:

Jimmy LaFave played many WMNF shows and for about ten years (roughly 1994-2005) was probably WMNF listeners’ favorite live artist  (nicknamed Jimmy LaFavorite).    When he came to play for WMNF we usually  featured him for two or three shows in different venues across our listening area to accommodate the demand.  He always featured a top-flight band of  Texas musicians and his shows mixed originals with covers by the artists that inspired him, especially Bob Dylan and Woody Guthrie.

One of the great Tampa Bay things was tangentially created by Jimmy LaFave coming in concert – Ronny Elliott’s The Nationals. You can read Ronny’s telling of it here. Randy asked Ronny to open for Jimmy LaFave, and it got rolling.

Marcie Finkelstein will be playing an interview she did with Jimmy LaFave a few years ago, plus some music from the tribute to him last Thursday night, on the Tuesday Morning Show. You can listen live or to the archive.

Our hearts go out to all of those who loved Jimmy and his music.