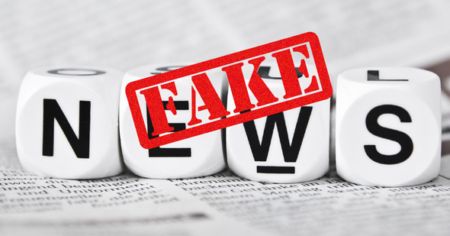 How easy is it to generate fake news?

We’re going to find out in a moment when we talk with the founder of a fake news website which already has been visited by a million people—just three weeks after it was created.

A former Clearwater resident began  generating fake news last month; news that was designed to be consumed by gullible conservatives. He gained a million views within two weeks. The fake news website was first exposed by the Tampa Bay Times’ Punditfact reporter Josh Gillin. Among the fake claims on the site:

Man pardoned by Obama 3 months ago arrested for murder.”

BOMBSHELL: OBAMA PLANS TO USE ‘MIND CONTROL’ DRUG ON TRUMP

Host Rob Lorei was joined by the founder of the fake news web site—James McDaniel.

He created the site called Undergroundnewsreport.com. The masthead says “Real News that you won’t get from the mainstream media”

McDaniel was criticized by Whoopi Goldberg on her ABC TV show on Monday.

In reply to Whoopi Goldberg James McDaniel wrote on his website:

“Ultimately an individual makes an easier target. Society would rather put a bandaid on a wound than look for a lasting solution if it’s easier and more popular. This tendency is central to the consistent denial of the fake news problem. It’s the same sort of mentality that led many to blame the Charlie Hebdo cartoonists for the subsequent terror attacks rather than the terrorists themselves. While I wouldn’t deny that my stories had an impact for the short time I was publishing them, I think that Goldberg misidentified me as the primary villain in the whole fiasco. Suing me or locking me up will not stop fake news which was clearly around before I started my experiment and is still happening now that I’ve stopped. If we really want to stop misinformation, society needs to take a collective look in the mirror rather than targeting individual propagators as a long term solution.

I want to apologize to Goldberg and anyone else who may have been impacted by my recent stories about them, but I want them to understand that ultimately they were taking lumps for a greater cause, not just subject to the nihilistic whims of some sociopath in Costa Rica.”

Here’s the disclaimer from his website identifying the site as a source of fake news: “Underground News Report is a news and political satire web publication, which may or may not use real names, often in semi-real or mostly fictitious ways. All news articles contained within Undergroundnewsreport.com are fiction, and presumably fake news. Any resemblance to the truth is purely coincidental, except for all references to politicians and/or celebrities, in which case they are based on real people, but still based almost entirely in fiction. Undergroundnewsreport.com is not meant for individuals under the age of 18.”

To listen back to this interview you can click here.