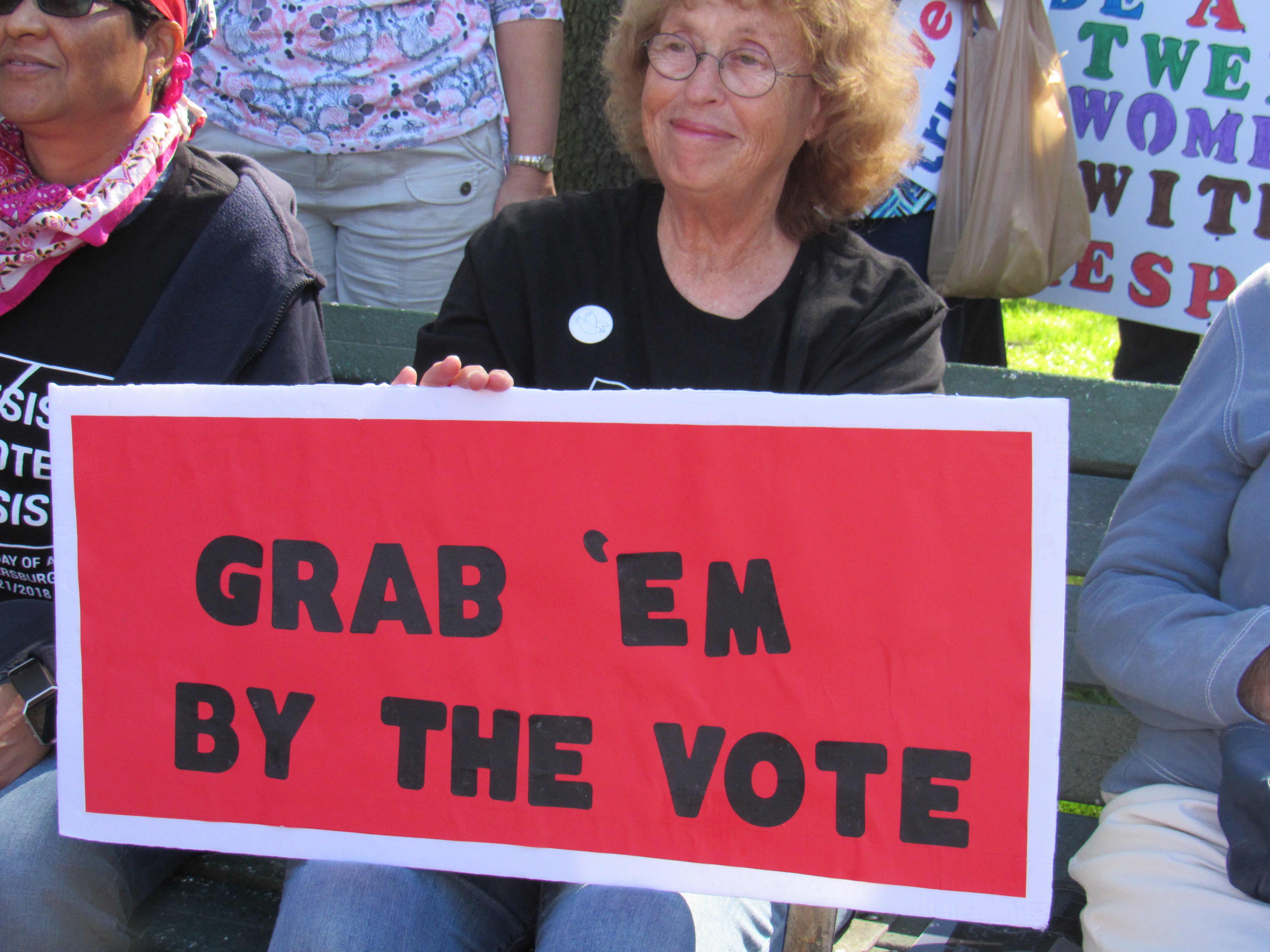 “Under Trump’s presidency we’ve been seen huge attacks on women’s rights in this country. We’ve been seeing attacks on Title IX; with the appointment of Brett Kavanaugh to the Supreme Court; we’re seeing attacks on transgender women, which is particularly frightening to me as a trans woman. We see this in the transgender military ban. And also in the attacks on Planned Parenthood. Because the Trump administration is trying to stop access to abortion for women. But as a trans woman that also affects my access to hormone replacement therapy as well. It’s just a really bleak time right now for women and we’re trying to make a showing nationally out here this coming weekend to stand up and fight back.”

You’re also saying that because of the Trump administration, women are bearing the brunt of endless war. What do yo mean by that?

“During wartime women are the first victims of such. We’re seeing this with immigrant women that are coming to this country — the refugees  from Central America — they’re being separated from their children. Internationally as well. Women in these countries that Trump is gearing up to attack more. We’re seeing in the Middle East and in Venezuela as well. Women are the first in line that are affected by these situations.”

So, if people are interested in showing up for this rally for International Women’s Day against ‘Trump’s War on Women,” what are the details? When and where will that be?

“We’re going to be meeting at Lykes Gaslight [Square] Park this Sunday at 3:00.”

That’s in downtown Tampa. If people want to find out more information, is there a place that people can find [that] online?

“We’ve got a Facebook group up. The name of the event is ‘International Women’s Day: Say NO to Trump’s War on Women.'”