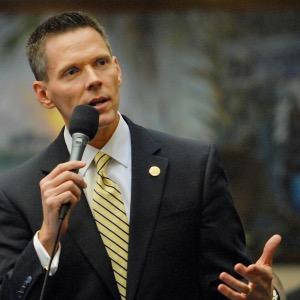 Ross Spano has jettisoned his quest to become Florida’s next attorney general, and announced on Monday that he will now run for the now open congressional seat in Florida’s 15th District.

“After careful consideration, prayer and much discussion with my family, I have decided to withdraw from the race for Florida’s Attorney General to run for Congress in the 15th District, which is being vacated by Congressman Dennis Ross,” Spano announced in a statement.

The Dover House Republican becomes the first major GOP candidate to enter the contest since Ross stunned political observers last week and said he would not run for reelection this fall, where he was the heavy favorite to win a fifth term in office.

Neil Combee, like Spano a member of the Florida House, is also expected to enter the race sometime this week. And there are strong rumors that Thonotosassa state Senator Tom Lee will also get in the contest.

Spano has represented Florida’s 59th District in the House since 2012. He was one of four major Republican vying for the attorney general nomination, but hadn’t raised the same amount of cash as his opponents, former Hillsborough County Circuit Judge Ashley Moody and state Reps. Frank White and Jay Fant.

“Anyone who knows me knows my commitment to public service is one I take very seriously,” Spano said in announcing his desire to now go to Washington. “In pursuing this Congressional seat, I look forward to continuing to represent my friends, neighbors and the constituents I have served as a member of the Florida House of Representatives. I am excited to fight for the issues I am passionate about – protecting the Constitution, protecting Conservative values and protecting the vulnerable – as the next Member of Congress from Florida’s 15th District.”

CD 15 has traditionally been centered in Polk County, but the most recent redistricting of the seat now encompasses parts of Lake County and substantial parts of northeastern Hillsborough County. Although there are officially more registered Democrats than registered Republicans in the district, it’s still considered likely to go red this fall.

There are several Democrats who have entered the contest. Navy veteran and educator Andrew Learned announced Monday that he has submitted his qualifying paperwork to become the first qualified candidate on the ballot.

“I got into this race nearly a year ago and I am proud of the grassroots movement that we have built which has already succeeded in reshaping the halls of Congress for my neighbors here along I-4,” Learned said. “I’m excited and ready for the fight ahead against whoever the good ol’ boy network offers up against us.”

Other Democrats in the race include Ray Pena Jr., Greg Pilkington, Cameron Magnuson and Jeffrey Rabinowitz.