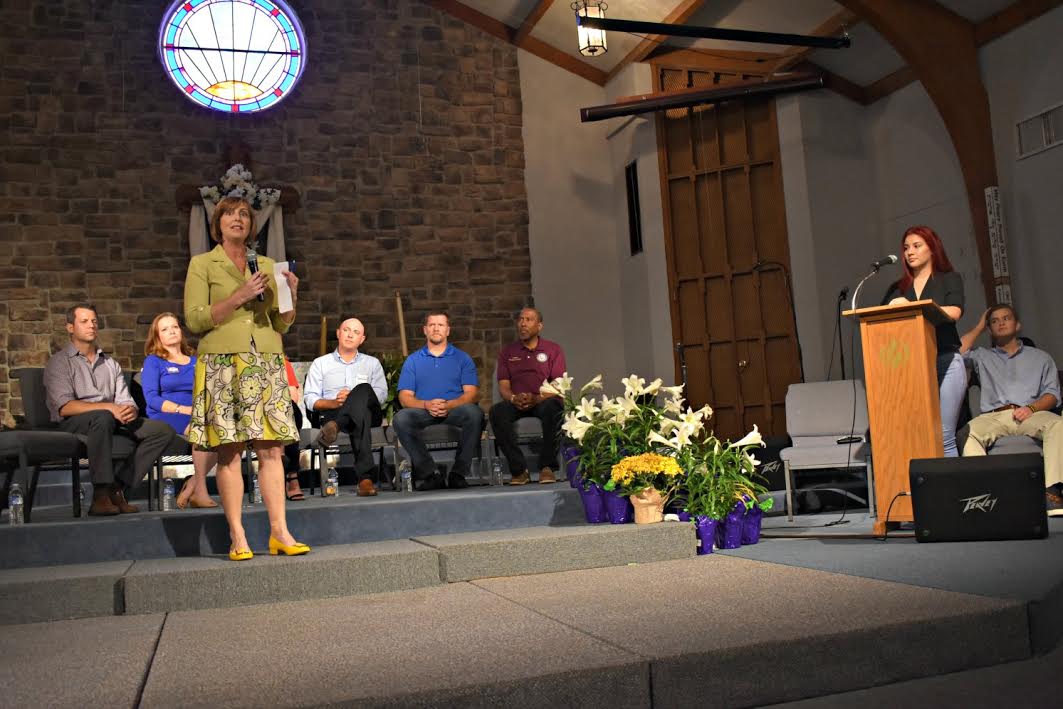 “This is not a partisan issue, and I’m upset that some members of the other party didn’t show up at the March (On Our Lives) and didn’t show up here,” complained Bellanti, who is running for the South Tampa House seat currently occupied by Republican Jackie Toledo.

Rouson said that he believed that there were moderate Republicans in the Legislature who truly wanted to vote with the Democrats to ban assault weapons during the recently concluded legislative session, “but the political leadership structure in the Senate and the House makes it daunting for them to do that.”

But then he went full partisan, saying that people needed to come out and vote at the polls this fall to “turn out some of these scared folks who won’t vote their conscious because of leadership.”

Castor then followed up calling out Tampa GOP legislator Dana Young, remarking that she was not on the floor of the Senate when lawmakers voted on three separate gun related amendments during the session last month, including one on banning assault weapons (Young later told the Tampa Bay Times that she had to step off the Senate floor briefly during the eight-hour Saturday session, and recorded positions afterward on the votes she missed). After asking the audience if they had the chance to talk to Young about her votes, several audience members said that she would not meet with them.

The Tampa Democrat then referenced back to nearly two years ago, when House Democrats staged a sit-in on the floor of the House chamber demanding that House Speaker Paul Ryan hold a vote on gun-control legislation in the wake of the Pulse nightclub shooting in Orlando. It was led by Georgia Rep. and civil rights icon John Lewis, who Castor said had told House Democrats that it was time to get into some “good trouble.”

“If these representatives and Senators like Dana Young are not going to have the respect to meet with you and hear you out, it’s time to get into some good trouble,” Castor said, leading to some whoops from the audience.

That prompted Rouson to then play political prognosticator about Young’s Senate District 18 seat.

“That seat is an even seat,” he said. “In a Democratic wave year, that’s our seat.” (Janet Cruz and Bob Buesing are currently running in the Democratic primary to oppose Young in that race this fall).

Warren argued that the issue of guns had become too politicized, saying it was truly about public safety and common sense. “The problem is that the discussion has become so polarized,” he said. “That’s part of the reason we can’t get conservatives and Republicans here, and that’s part of the reason why we don’t hold people accountable when they’re unwilling to show up, meet with the people that they’re supposed to serve and represent, and engage in honest dialogue.”

Later Overman referred to the fact that Les Miller and Pat Kemp, the two lone Democrats on the seven-member Hillsborough County Commission, had recently proposed gun control legislation that was overwhelmingly opposed by the five Republicans on the panel (state law forbids local governments from enacting local gun-control ordinances).

There was plenty of students participating in the event.  Emily Hansel, a Junior at Palm Harbor University High School, presented a five-point gun control plan. They included proposals to:

There were more than 120 similar events held across the country on Saturday, according to the Town Hall Project’s website.