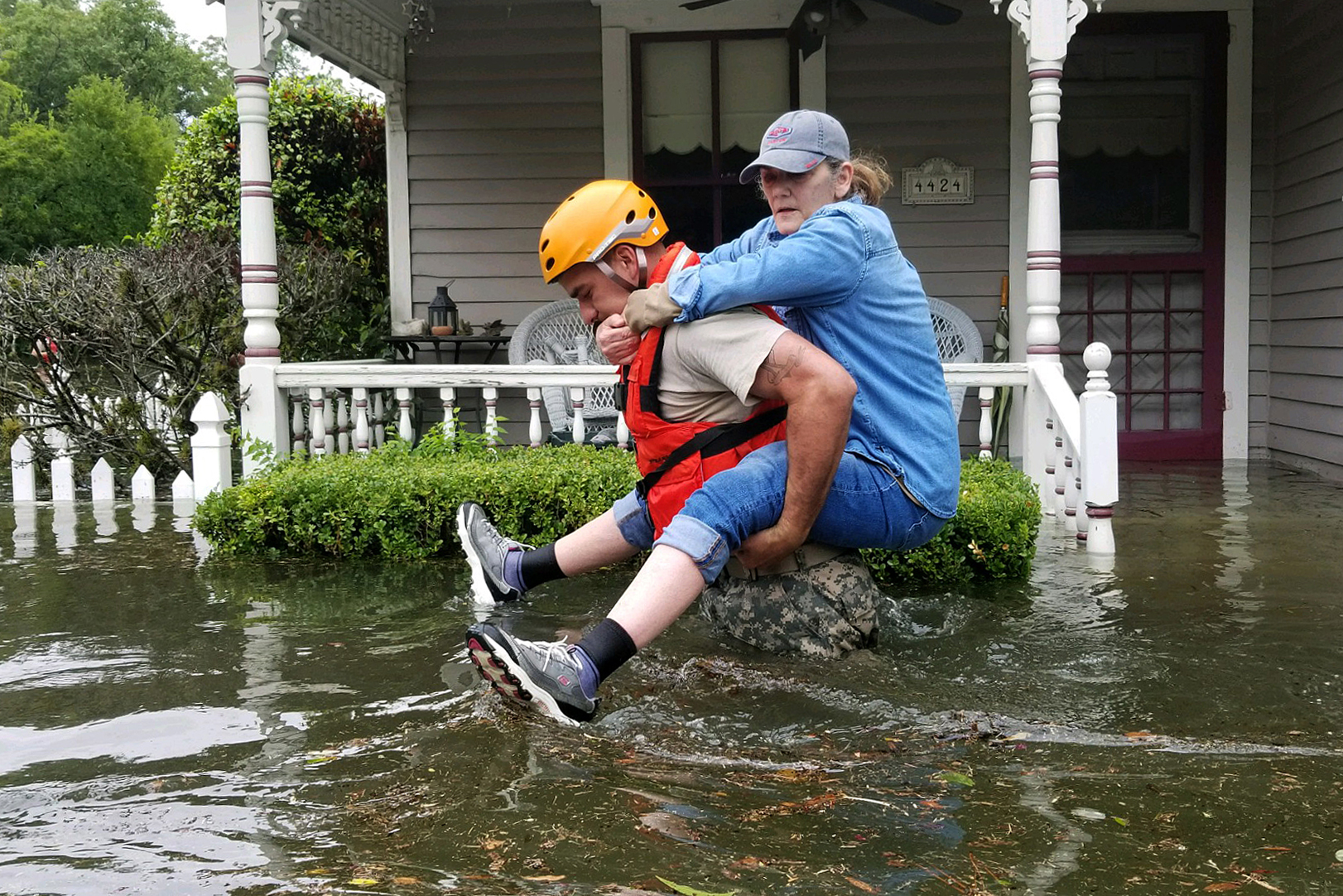 Climate Change – regardless of your belief in the causation – is very real and simply cannot be ignored and disregarded.  Everything about Hurricane Harvey underscores the warnings that meteorologists and scientists have been giving for years.  If the winds don’t get you, the rain and the flooding will.  We cannot imagine the ramifications of ZONE FREE Houston for the people who live near the port, the refineries, the superfund sites.  But it will be very significant.

EMILY ATKIN, Staff reporter on science and environmental politics for The New Republic. Bylines in Newsweek, Slate, Mother Jones, The New York Observer, The Daily Beast, The Hill, ThinkProgress, Sojourners Magazine, and BKLYNR. Video and radio reporting on Sinclair Broadcast Group and WAMC Northeast Public Radio, has been writing about climate change and disasters, our lack of preparedness, denials and indifference for some time.  She wonders which is worse – unpredictable weather or an unpredictable president?

You’ve heard about the flooding, the lack of access, hospitals that have been prepared but patients have no way to reach them.  But what about the nuclear power plants?  What if the reservoir breaches and the cooling pond is flooded?  There is a skeleton crew off/on? Site.  Workers cannot get to the plant.  Many wonder if the nuclear power plants be (or should have already been) shut down as a precaution.  (Remember Fukishima!)  We will talk with KAREN HADDEN, Executive Director of The Sustainable Energy and Economic Development (SEED ) Coalition and hopefully SUSAN DANCER of Beyond Nuclear and President of the South Texas Association for Responsible Energy who has had to flee her home.   Karen is in Austin and safe.  Susan evacuated from Bay City with her dogs – barely in time.

Is anyone at the top listening?  One of the most important aspects of a terrible disaster of this type is leadership and communication of those leaders with each other.  With 7 months into the present administration, there are no appointments to head Homeland Security, NOAA and NASA.  And this is no head of Region 6 for the EPA which includes Houston and parts of Louisiana.  Hopefully this lack of personnel will not impact the people who desperately need leadership and coordination at this time.

Tune into From a Woman’s POV  on Thursday at 10 am.