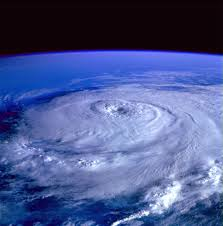 How are you doing?  We dodged a bullet, although I know that many of us are still without power and in the morass of cleanup – yard and refrigerator, all the areas that depend on electricity……

It could have been a Cat IV or V.  Thank goodness for that mini-cold front that helped dissipate Irma’s core.  And thank goodness – here I am combining Harvey and Irma, I  have only heard of 90 deaths.  We were very fortunate that Irma kept moving and we did not experience the devastating rains that Harvey delivered.  The same conditions allowed Harvey to build so quickly, and allowed Irma to massively build and destroy wantonly anything in its path – the warming of the waters, the fuel of hurricanes.  The Gulf is one of, if not the hottest ocean spot in the world.  There are parts of the Gulf that are 2-7 degrees Fahrenheit above normal.  That is climate change!

You might say these hurricanes are enhanced by our driven exploitation of energy.  The disasters of Harvey and Irma are as much the result of bad politics as bad weather.  I hate to be negative, but this is early in the hurricane season.  Harvey and Irma could be followed by others.  Are we going to sit back and let this bad politics governed by corporate greed and profit, rule the day  in complete disregard for people or do we fight back?  HEIDI HARMON, Mayor of San Luis Obispo, California, climate activist that ran for mayor and won, and is now creating policy around this issue.

After years of trying to make a difference she found a meaningful way by becoming mayor of San Luis Obispo, California. She has signed onto the Paris Agreement; made climate action a major city goal; and committed to being a net-zero city. Since being elected she has turned San Luis Obispo into a sanctuary city, abolished Columbus Day and initiated Indigenous Peoples Day and prioritized truly affordable housing to create a more inclusive city.  She was anxious to talk with us on the show.  I am willing to take my chances with God and nature, but not with bad, greedy politicians.  Fortunately she is fighting back.

And talk about taking chances, why would nuclear power plants at Turkey Point and St. Lucie not be shut down before the storm began.  One of the biggest reasons for failure in  nuclear power plants is a power outage.  5 million residents were without power in South Florida.  Turkey Point had shut down one of its nuclear power plants,  but the other was running and forced to be shut down with the failure of a valve called the steam generator feed regulating valve.  “Unrelated to the storm, of course.” And just in case you wonder, St. Lucie is actually built on a barrier island – in other words, a sand bar.  It had problems with salt.  And coincidentally, all 5 radiation monitors in Florida were shut down Friday.  We know what a devastating event Irma was, a tragedy with desperate inadequate evacuation.

But if those power plants had had an accident, it would have been a catastrophe, not only for the present, but the future.  Turkey Point has not met the new federal safety regulations established after Fukushima.  Why, with the prediction of a Cat  4 or 5 coming to South Florida, were these nuclear power plants not shut down in advance?  Who made the decisions?  Who could justify risking all of our lives – for what?

MAGGIE GUNDERSEN, Co-founder of Fairewinds Energy Education in 2008 with her husband.  Arnie and Maggie Gundersen are former nuclear industry whistleblowers. The mission of Fairewinds Energy Education is to demystify nuclear power through education.  Their website is a hub for independent, fact-based information on nuclear power, with extensive resources to learn more about nuclear history and current events. They produce weekly energy education videos and podcasts feature discussions with leaders in energy policy, science, health and social justice.  MAGGIE will discuss these issues with us.

P.S.  Turkey Point cooling pumps do not  have a roof!  Many scientists consider the dangers of flooding and the necessity for pumps to get that water out before failure occurs.  The workers at Fukushima, working desperately to get the flood water out, failed and 3 of their nuclear reactors melted down.  WE ARE TALKING POTENTIAL DISASTER HERE!