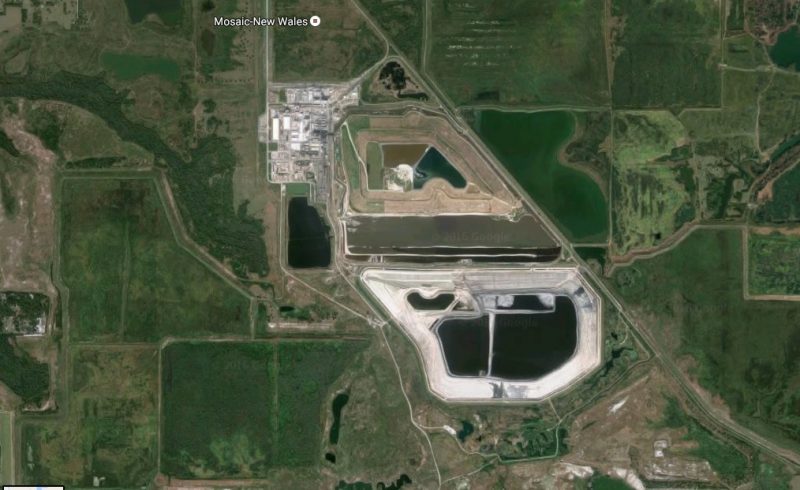 On Radioactivity Wednesday we talked about the effects phosphate mining in West central Florida. Billions of tons of phosphogypsum- located in Hillsborough, Polk, Manatee, and Desoto counties-is strip mined and eventually used to make commercial.

Last month, a giant sinkhole, opened up under a gypsum stact at a Polk County processing plant owned by phosphate mining giant Mosaic. The sinkhole, which might be as deep as 700 feet, might have  dumped millions of gallons of contaminated water into the Floridian Aquifer in the three weeks before incident was publicly announced.

Still, The Manatee County Board of County Commissioners will vote on whether to okay phosphate mining on 4,000 acres of land, located near the headwaters of the Manatee River, Peace River and Horse Creek, as well as the Myakka River. Joining us to talk about the Mosaic sinkhole and prospective mining in Manatee County was Environmental activist Andy Mele.