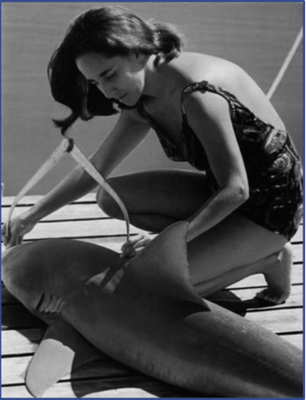 On Wednesday a pioneering researcher — known as the “Shark Lady” — who broke glass ceilings as a woman in science died in Sarasota, Florida.

Dr. Eugenie Clark founded the lab that would become Mote Marine Laboratory and inspired many people, especially women, to study science. She died at age 92 due to complications from battling lung cancer.

WMNF News’ Seán Kinane spoke with one of Clark’s colleagues, Dr. Robert Hueter, Director of the Center for Shark Research at Mote Marine Laboratory in Sarasota.