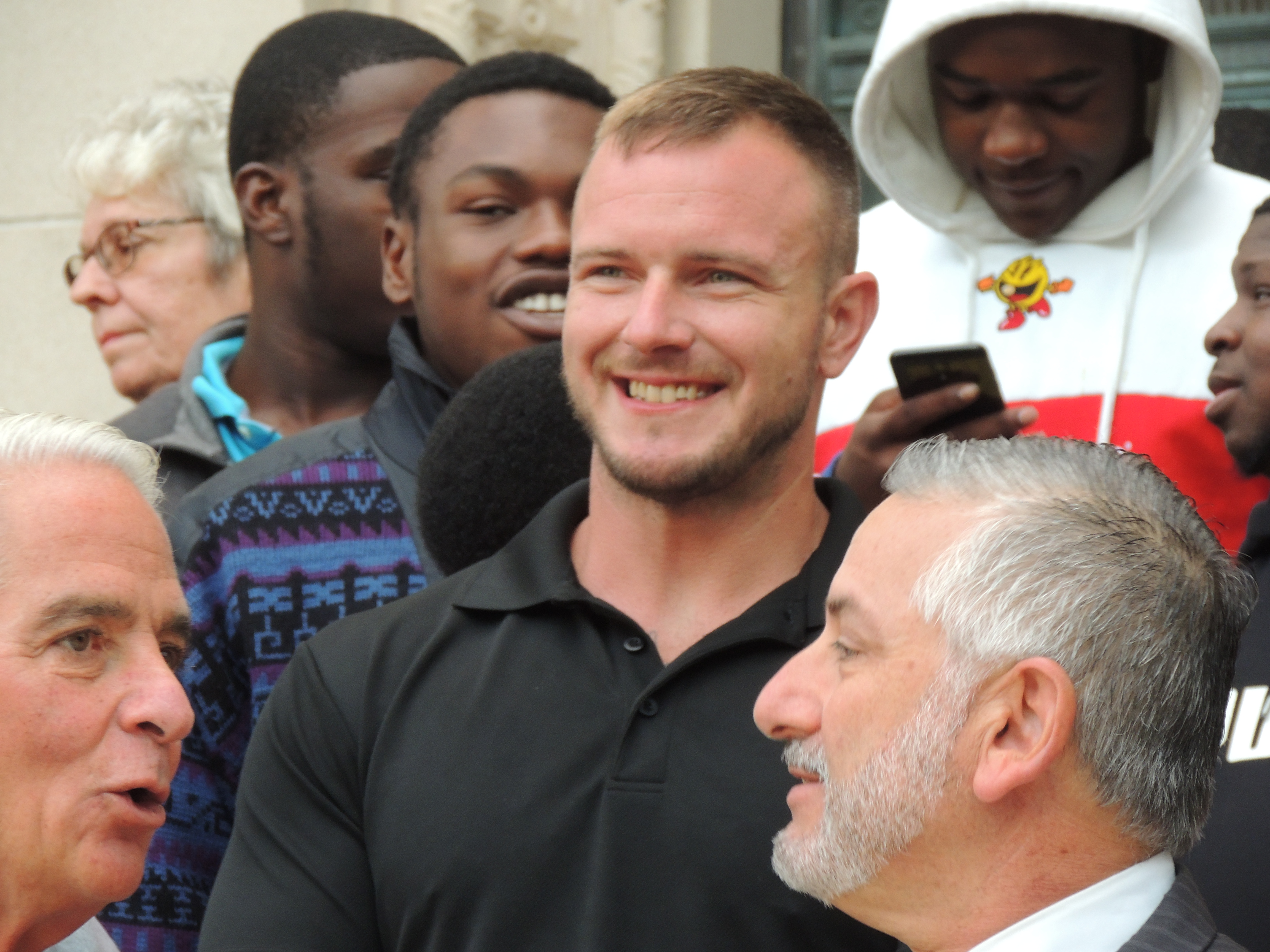 Florida’s rights restoration amendment went into effect Tuesday; that means most people who had lost their rights because of a felony conviction can now register to vote.

On Tuesday morning, college student Barry Haugabook re-registered to vote at the Supervisor of Elections office in downtown St. Petersburg.

“I was voting and then all of a sudden I didn’t have the right to vote due to felonies. But I changed my life around. I’m now a five-year college student with a third degree, working on my bachelor’s at St. Pete College. And now I feel a part of society now. I got my rights restored.”

Just now, what did you do?

“I filled out the paper work in order to have my voter’s identification – my voter’s rights restored. And hopefully in two or three weeks I’ll have my actual, physical [voter identification] card. And just hope I can vote, year 2020 for the presidential election.”

How does it make you feel, to have registered?

“It makes me feel like I’m a part of society and that it’s worth changing my life around.”

Haugabook registered to vote as part of an event coordinated with rights restoration groups and Congress member Charlie Crist.

The Pinellas County Supervisor of Elections office says it registered at least 17 people in the first hour.

As the newly-registered citizens emerged from the office, they were greeted with cheers from a small crowd of supporters.

David Hopkins is a 100 percent disabled military veteran who got a bachelors and doctors degrees while serving 10 years for a felony conviction.

“I filed paperwork for clemency back in 2010. And because of the slow wheels of the system, they were still processing forms from 2008. So I’ve been waiting and waiting, calling and calling, to check the status. And now that the votes have passed to get it done faster I took advantage of it today. … Feels good, it feels good.”

St. Petersburg resident Jacquis Monroe lost his right to vote in Florida after a felony conviction. He works for the Second Chance Tiny Homes program.

“It’s a good thing because now that ex-felons – that’s like, I don’t know how many people, but that’s a lot of votes that can count.”

Melanie Paine is a case manager for the Pinellas Ex-Offender Reentry Coalition and re-registered to vote this morning after having her rights stripped because of a felony.

Last November, nearly 65 percent of Florida voters approved Amendment 4, which could restore the right to vote to as many as 1.4 million ex-felons.

Video of a press conference with Rep. Charlie Crist: