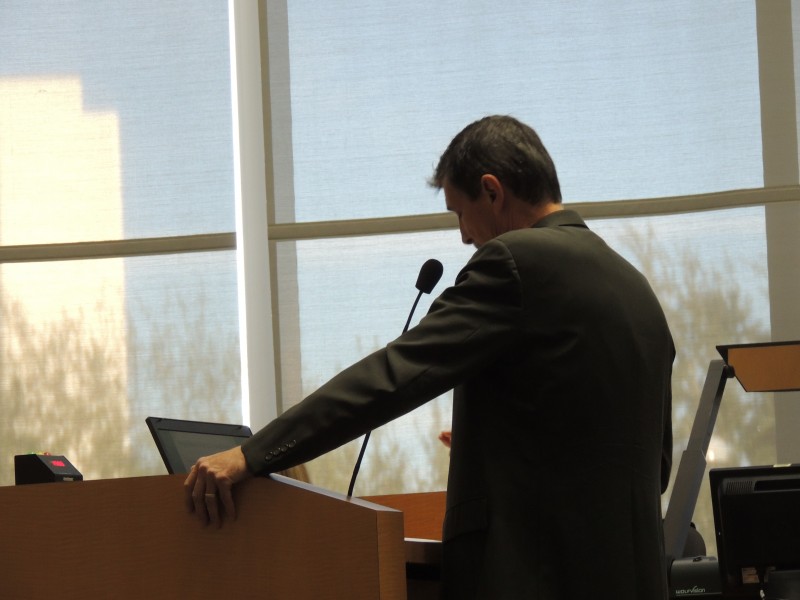 Hillsborough County will not file a legal challenge to a permit to pump water from a sinkhole in sensitive wetlands near the Hillsborough River. That’s after meetings by the region’s water management district produced a compromise with the county’s Environmental Protection Commission (EPC) and environmentalists. On Tuesday County Commissioners went along with EPC staff recommendations to avoid a legal challenge to the permit to pump water from Morris Bridge Sink. But some, like Commissioner Kevin Beckner are worried about the drinking water wells of nearby residents going dry.

Beckner questioned the EPC’s general counsel, Rick Tschantz. Commissioners and environmentalists have expressed concern that pumping could dry wells or negatively impact nearby wetlands. Tschantz says that the compromise means it’s less likely Morris Bridge Sink will be pumped because the compromise now means the sources of freshwater to enhance flow to the lower Hillsborough River will be reevaluated.

The reason pumping of the sinkhole may not be necessary is that more water could come from other sources. A retired chief environmental scientist at the Southwest Florida Water Management District (SWFWMD) who worked on freshwater flow issues on the Hillsborough River for more than 25 years produced a report in 2014 that called for reevaluating the minimum flows recovery strategy. Sid Flannery, who is also a music programmer at WMNF, said his revaluation recommendation was agreed to in a meeting with SWFWMD.

But the City of Tampa has fought back against suggestions to use more water from the Tampa Bypass Canal or the reservoir above the city’s dam to augment flow to the Hillsborough River below the dam. If that were to happen the water bills of Tampa residents might go up if the city would have to purchase water from Tampa Bay Water, which has several sources like the desalination plant and the regional reservoir. But John Ovink from Friends of the River says it’s worth it.

Hillsborough County Commissioners voted to invite representatives from SWFWMD to answer questions about the recovery plan for flow to the Lower Hillsborough River at the next EPC meeting on February 18.

Here’s all of WMNF News’ coverage of Morris Bridge Sink: