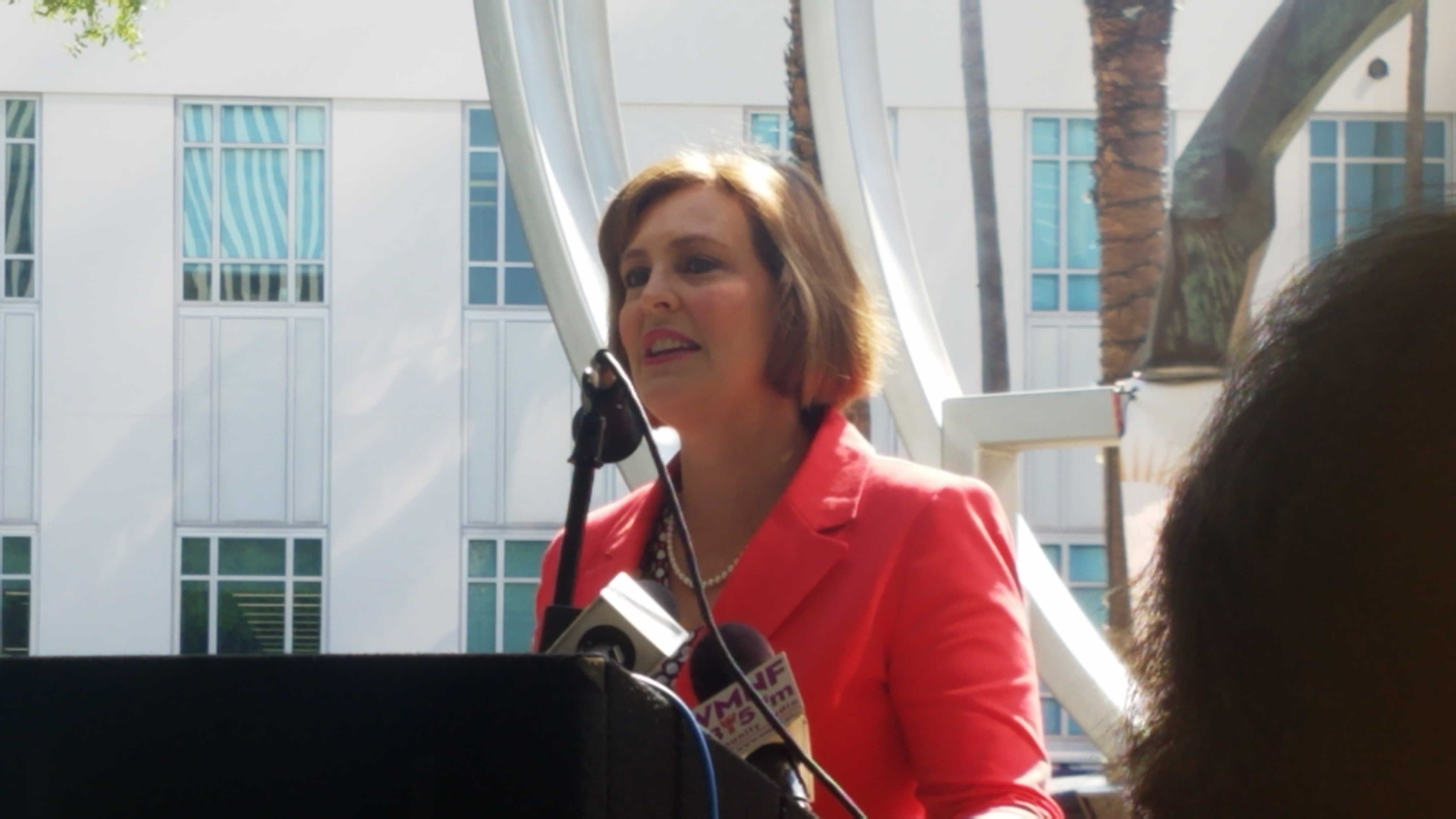 The woman who managed Florida’s COVID-19 data says she was fired for objecting to demands to alter information on a state coronavirus dashboard website.

The governor’s office says Rebekah Jones was fired for insubordination for modifying the dashboard without approval.

Now some Democrats, including Tampa-area member of Congress Kathy Castor, are calling for an investigation into her firing.

“This revelation is outrageous and it’s dangerous. Because if we’re going to contain COVID-19 we need all data and information on where infections are happening, what kind of tests are being administered, who’s in the hospital and, unfortunately, who is dying and where they’re dying.

“And Florida had built a nationally renowned dashboard that had all of the relevant data that was available for scientists and public health experts and the public.

“It’s just astounding that the state of Florida would move to fire the data scientist because she spoke out and said we need to be transparent. We need to be posting all relevant data. When they tried to remove some of the data, she raised concerns and then they fired her.”

The Governor’s office said that she was fired because she was insubordinate and she didn’t get authorization for not removing this data. Do you find this explanation sufficient?

“I do not. And Gov. Desantis yesterday also said something that I thought was beneath our Governor. He said, ‘well,  she just needs a break. Maybe she’s tired and needs a break.’ And I thought that was rather condescending.

“We really need to be working together and ensuring all of the data is available. What’s happened here is now we have an unfortunate pattern at the highest levels of the state of Florida, the Department of Health and the Governor’s Office. We really need accurate information during a pandemic.

“But here’s the pattern. They had originally kept hidden a lot of the nursing home data on infections and death rates and thanks to public outcry they finally did better and released data on that. It’s been hard to get information about infections in our prison system. The state of Florida also started to redact and remove information reported by our medical examiners across the state.

“The medical examiner reports are public records and the Governor’s Office sought to hide a lot of those records and now on the heels of all that this courageous data scientist said no, I’m not going to take down some of the important data. That’s the wrong call, she said. And instead of listening to her they demoted her and now it appears they fired her for that reason.”

So all of this begs the question, do you think they’re reopening the state of Florida based on science and public health data or based on politics.

“This really complicates the matter. It appears that, especially here in the Tampa Bay area, we’ve done really well and I think that’s due to consistent messaging. Our local leaders came out decisively early on, encouraging folks to stay home. And many people understood this and thanks to the citizens around here they understand what’s at stake. But if we don’t have the correct data on infections and testing, hospitalizations, disparities and deaths people are not going to be comfortable going back to work, going back to school one day or going out in public.”

If you look at the dashboard that this whistleblower created, lately over the last three, four, five weeks, it looks like there’s some variation but pretty much a steady level of new infections. The numbers really aren’t declining that much. Do you think Florida is opening too quickly?

“But that’s why the public health reporting is so important in this day and age. People will make those denominations about how frequently to go out, whether to go back to work based on all the facts.

“It’s so unwise to hide this data from the public at this time. It’s going to make it more difficult. People are not going to have the confidence to go back to work and go shopping and go out. It’s completely unfortunate.  It’s just not smart.”

According to the state’s dashboard, 2,096 people with COVID-19 have died in Florida and there have been more than 47,000 cases and nearly 8,700 hospitalizations as of Wednesday.

In this video, WMNF also asks Rep. Castor about Florida’s unemployment compensation system and about the U.S. House’s passage of the HEROES Act:

The Tampa Bay Times is reporting that Governor DeSantis now says that Rebekah Jones shouldn’t have been working at the Department of Health in the first place because of misdemeanor charges. DeSantis told reporters at a Mike Pence event in Orlando Wednesday that, “I’ve asked the Department of Health to explain to me how someone would be allowed to be charged with that and continue on, because this was many months ago. … I have a zero-tolerance policy for sexual harassment.”