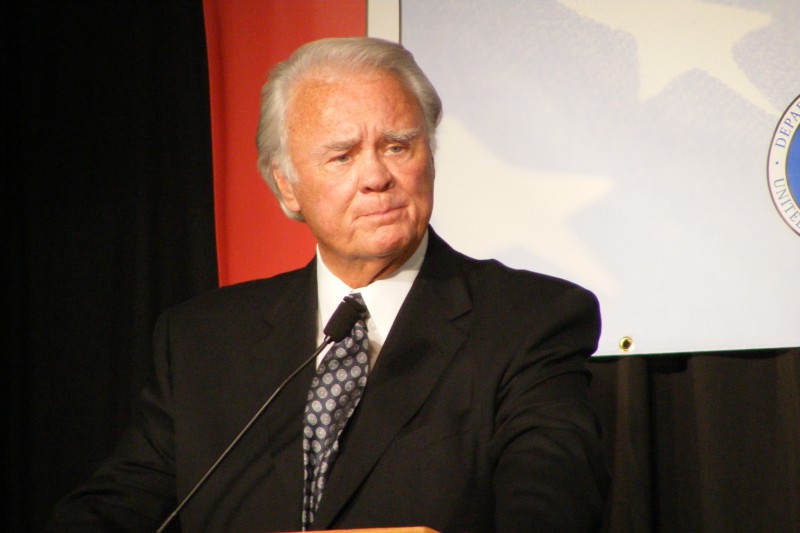 Students for a Democratic Society in Tampa is continuing its campaign to get the University of South Florida to remove the name of a former member of Congress from the ROTC building on campus because of his role in a legislative group that persecuted gays and lesbians in the 1960s; the students will protest this Thursday even though the school administration has turned down their request to take the late C. W. “Bill” Young’s name off the building.

For a preview, WMNF News spoke with Jared Austin and Sam Beutler with Students for a Democratic Society in Tampa.

Beutler: “Our goal right now is to change the name of the CWY Bill Young [ROTC] building, which is named after Bill Young who was on the Johns Committee in the 1950s and ‘60s. And they were involved in persecuting homosexuals around the state of Florida.”

And what’s been the response so far of the university?

Austin: “We were brought in for a meeting and we were denied both of our goals: the Change the Name and the Cut the Contracts with the SOUTHCOM and CENTCOM.”

Beutler: “And also the university is now putting on – well a professor is putting on a film screening about the Johns Committee this Thursday night at 7 p.m. So they’re somewhat responding.”

Are there any parallels between this kind of action and what might be happening at Mizzou where the president recently stepped down?

Austin: “I think it’s related in the sense that it shows how much power students have in terms of mobilizing other students and getting changes to happen on campus. I think it also is telling of administration because they’re going to learn from this and find ways to likely crush anything similar from happening on other campuses.”

Is there anything else our listeners should know about your movement for the Change the Name?

Beutler: “It’s in conjunction with our movement to Cut the Contracts that USF has with US SOUTHCOM and CENTCOM, which allows the militaries that oversee the Middle East and Latin America to have research opportunities on campus to a host of things.”

How does USF compare to other universities when it comes to military on campus?

Austin: “Actually, according to a recent Vice news study we are in the top 100 most militarized campuses. Specifically we’re ranked 24th, with the majority of our funding going to intelligence research, weapons research and recruiting students for those various organizations.”