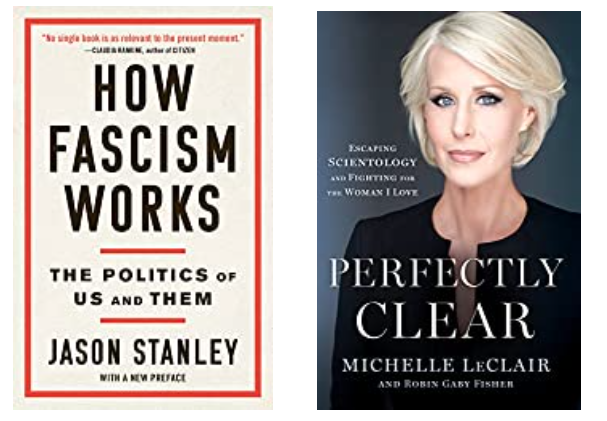 At the close of our conversation with philosophy professor, Jason Stanley he quips, “Thank you for a sobering conversation.” It should be pointed out, the professor was being somewhat sardonic. His must-read, How Fascism Works – The Politics Of Us And Them is certainly a serious topic, yet we had managed to bring a moment or two of levity into the conversation. Stanley a child of refugees from WW11 Europe understood fascism means dividing a population to achieve power but was alarmed by fascism’s unnerving prevalence here in America. First, with the rise of the birther movement and later the ascent of Donald Trump, he observed that not only is the rise of fascist politics possible in the United States, but its roots have been here for more than a century. Drawing on history, philosophy, sociology, critical race theory, and examples from around the world from 19th century America to 20th-century Germany (where Hitler was inspired by the Confederacy and Jim Crow South) to 21st-century India. How Fascism Works identifies ten pillars of fascist politics that leaders use to build onto power by dividing populations into an “us” and “them”. Stanley uncovers urgent patterns that are as prevalent today as ever and pins down a creeping sense that fascist tendencies are on the rise. By recognizing them, he argues, readers might begin to resist their most harmful effects. With the 45th president shouting obnoxiously from behind a teeny-tiny desk while refusing to concede he lost the 2020 election, Jason Stanley’s words are indeed sobering.

Equally sobering is Michelle LeClair’s memoir, Perfectly Clear: Escaping Scientology and Fighting for the Woman I Love. The former President of Scientology’s international humanitarian organization tried to reconcile her sexual orientation with the anti-gay ideology of the church. Michelle finally ends her horrific marriage, finds the love of her life, a woman, and ultimately leaves the Church. But the split comes at a terrible price. Her once pristine reputation is publicly dragged through the mud, the police raid her home, her ex-husband tries to gain full custody of their children, and the multi-million dollar business she built from scratch is utterly destroyed. In her tell-all memoir, Michelle offers an insider’s perspective on Scientology’s pervasive influence, secret rituals, and ruthless practices for keeping members in line.