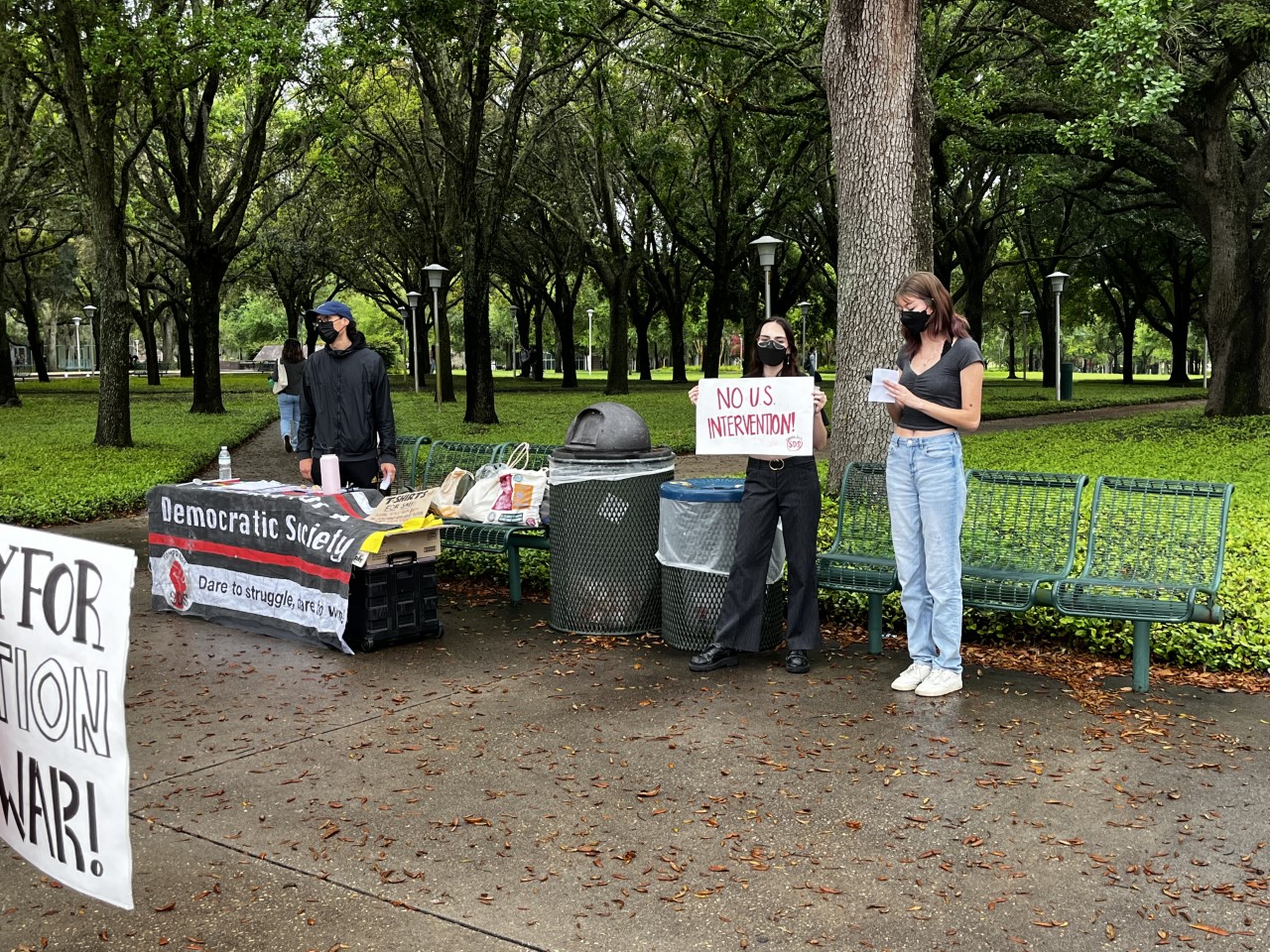 A small group of student protestors gathered at USF’s Marshall Student Center on Thursday, calling for an end to the United States and NATO intervention in Ukraine, as well as an end to sanctions against Russia.

The student organization, called Students for a Democratic Society, led chants and speeches about their stance. The intervention in Ukraine, they said, is a United States-funded military operation to keep “Nazi forces” and “U.S.-friendly regimes” in power, not to help the humanitarian crises. Gareth Dawkins, a student and member of the organization, spoke to WMNF at the event.

“We see that the United States doesn’t actually care about Ukraine and rather has their interests set in Western imperialism and hegemony and will use Ukraine as a proxy to do that.”

Their protests were soon met with opposition, including from Ukrainian USF students. Ivan Cherniavskyi, who was interviewed on WMNF’s MidPoint earlier this month, expressed his discontent with the viewpoints being spread by SDS.

“We recognize the importance of freedom of speech in the U.S., but to say we were deeply offended by this kind of accusation regarding like, Ukrainian people and assuming or even somehow equalizing them with Nazis,” Cherniavskyi said. “This is just a continuation of Kremlin propaganda right here.”