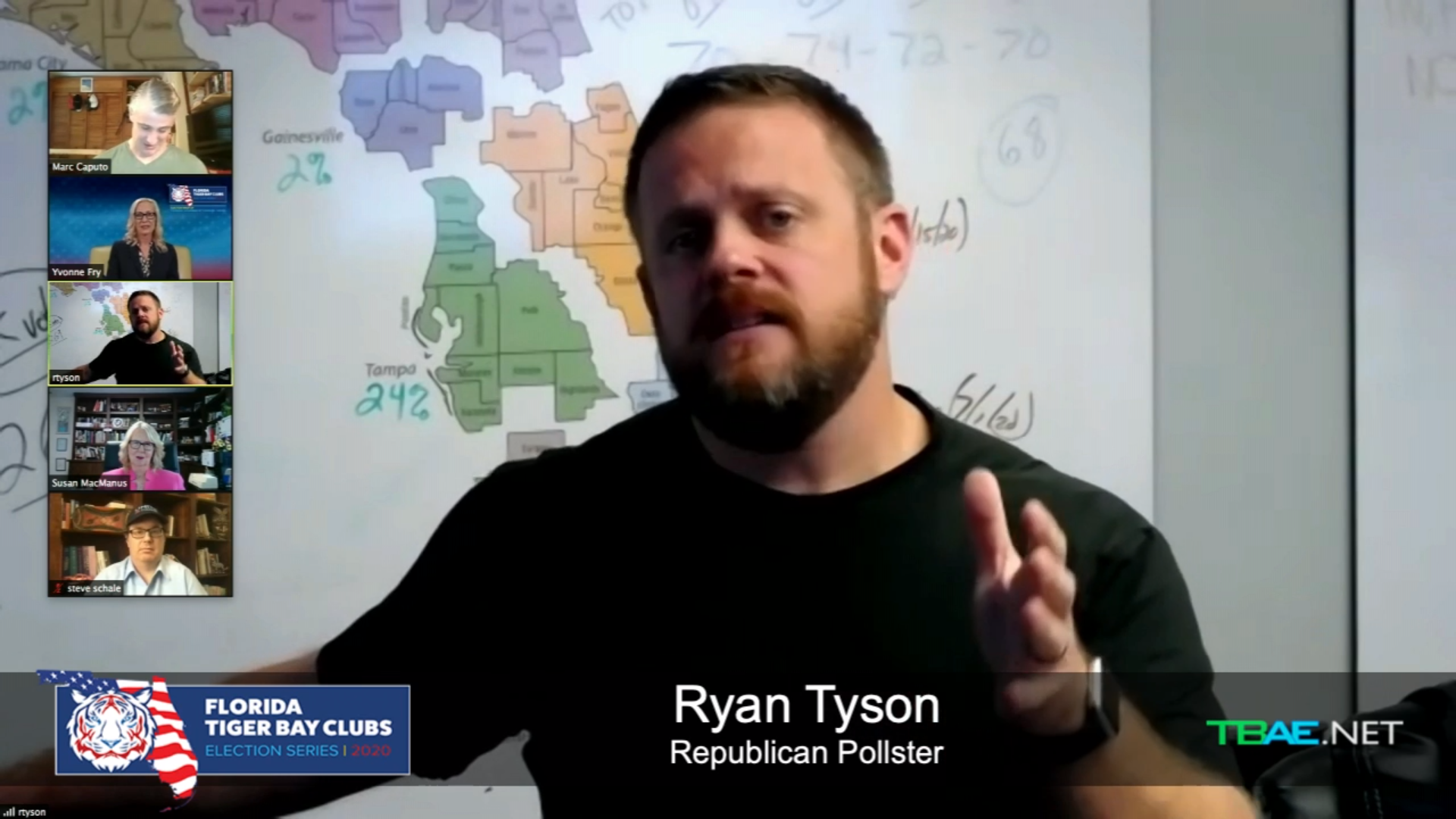 Joe Biden is the President-elect of the United States, even as some election officials count votes in states where victory seems assured but it is too close the call. In Florida though, President Donald Trump’s victory was swift and decisive.

A group of panelists at a Tiger Bay meeting considered whether Florida can be considered a swing state any longer.

Many things are certain coming out of the 2020 election cycle, including voters casting ballots in record numbers. But one thing that’s less certain is what role Florida will play in America’s political future.

Speaking to during the club’s statewide meeting, Democratic operative Steve Schale said not only is Florida not a swing state, it hasn’t been since 2004.

“People made this argument after George Bush won Florida by five points that Florida is not a swing state,” he said.

Trump won Florida by nearly 400,000 votes. Republicans were able to keep control of the state legislature and even wrest a few seats from Democrats.

“I would not dispute it’s a lean-red state,” Schale said.

Poiltico’s Mark Caputo agreed. He attributed much of that to weak candidates and unreliable Democratic voters. Florida Democrats historically outnumber Republicans. But that hasn’t translated into party success. Republican voters tend to come out in larger numbers.

“I don’t think it’s a swing state anymore,” Caputo said. It’s very difficult to win an election with an unreliable voter base especially compared to the Republicans.”

The COVID-19 pandemic presented some interesting logistical challenges for Democrats. The ground-game for recruiting voters that led to Obama winning Florida in 2008 and 2012 was mostly abandoned for safer, virtual methods like social media campaigns.

“An old lesson that was really vividly played out here is too much reliance on social media is still not going to beat a really solid personal-contact ground game,” MacManus said.

Republican pollster Ryan Tyson echoed MacManus’s claim. He said the Republican Party kept its ground game strong during the pandemic. It employed Obama-era tactics to pull out strong support at the top of the ticket and down the ballot.

“We basically tried to copy the 2012 Playbook from Obama,” Tyson said. Register voters, build on the enthusiasm that we could see in our data that existed in the various demographic subgroups that we would exploit that enthusiasm with. And then turn them out to vote.”

“I feel it’s dangerous for my party to think that we’re a leans-R state,” he said. “I just feel like the demographics of this state don’t lend us to be out of the woods.”

Are the children our future?

Still, the Republican stronghold on Florida is more evident than ever. But Schale and Tyson agreed that younger voters could change that. Millennials in Florida largely went for Trump. But the Gen Z vote, and some younger Millennials, voted for Biden.

Schale said in years to come Gen Z could determine what Florida political representation looks likes. Their voices and the rise in youth activism will shape society, he said, even if younger voters are less reliable.

“This generation is gonna change what Florida looks like potentially. And how we think through issues and how the population looks going down the road,” he said. “I agree that I think at times (they) get overstated as a voting block. but I don’t think their impact on politics and society can’t be understated.”

We also hosted a discussion based around this forum on MidPoint Monday. Listen here.