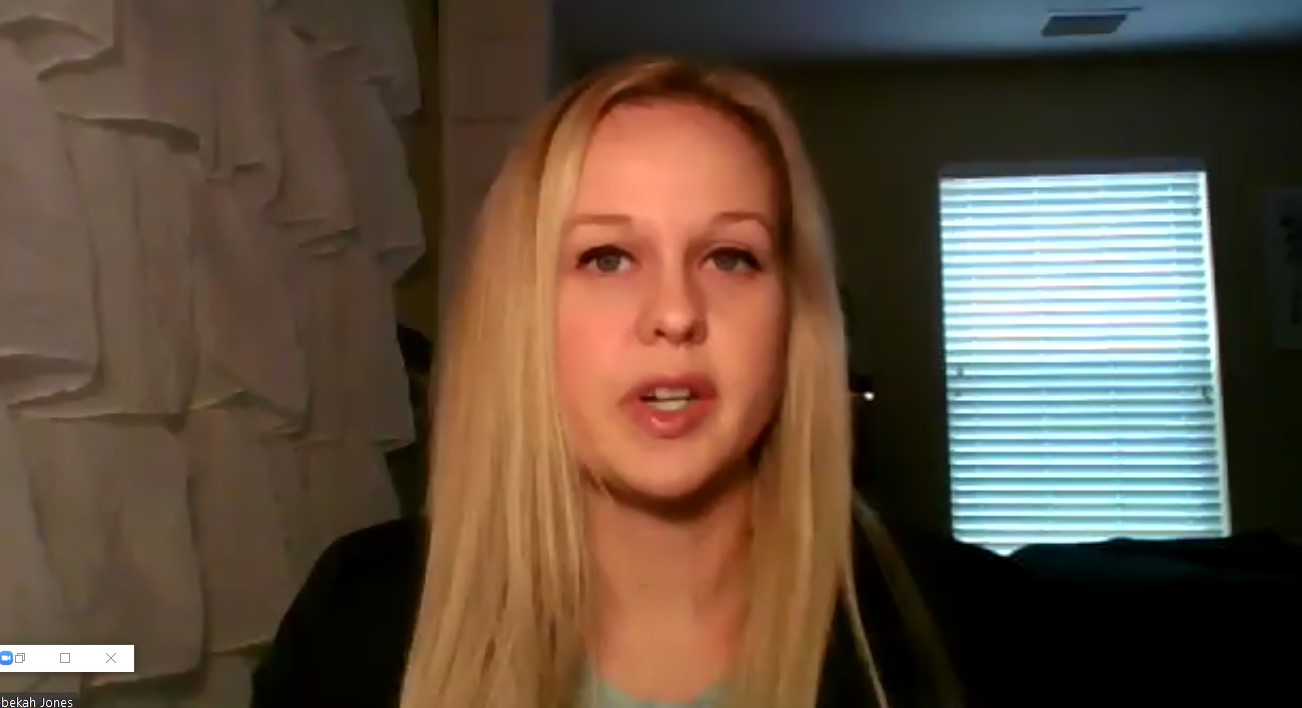 The data scientist who created the State of Florida’s COVID-19 dashboard says she will testify Friday in front of a House committee about how the state is manipulating coronavirus data.

That was one of the revelations Thursday when Rebekah Jones spoke by video to her fellow alumni of the Newhouse School at Syracuse University.

She says she was fired after refusing to doctor the coronavirus numbers when, near the end of April, the administration of Governor Ron DeSantis was coming up with a plan to reopen the economy.

Jones said she was fired the day after she asked her boss about whistleblower status. She said Thursday that she will be filing a whistleblower complaint, “and others,” in the next few weeks.

Jones is concerned about new changes Florida Florida has made to how it is reporting ICU hospital bed capacity.

Before the March primary election, Jones assembled a list of Florida polling sites that were at nursing homes or other long-term care facilities where residents were at high risk for COVID-19. She compiled a list of nearby sites that could serve as alternative precincts. But the state did not distribute that list to counties. She says that decision probably led to coronavirus infections and deaths.

“I just had a list I was able to print out for my analysis that said, ‘here are other facilities that meet these criteria for voting precincts instead of this one in this polling zone.’ And the governor’s office intervened and decided not to do it. Which was very strange to me because we had it ready to go and they decided not to do that. And we kept a lot of those voting precincts in those facilities. And I am positive that led to a lot of unnecessary cases and deaths that may not have even been tracked. Because back in March we had very strict requirement for who was tested and who wasn’t.”

Jones said her experience after being fired was terrifying and uncomfortable after Governor DeSantis went on what she described as a “tirade” against her.

Jones said she might write a book about her experience.

For the second day in a row, Florida added more than 5,000 new positive coronavirus cases Thursday. The state also reported another 46 deaths. That’s according to official numbers from the state Department of Health, which has tallied more than 3,300 total deaths and 114,000 cases since the start of the pandemic.

Here is DOH’s response to Jones’ COVID-19 dashboard. The state says Jones was fired for insubordination.