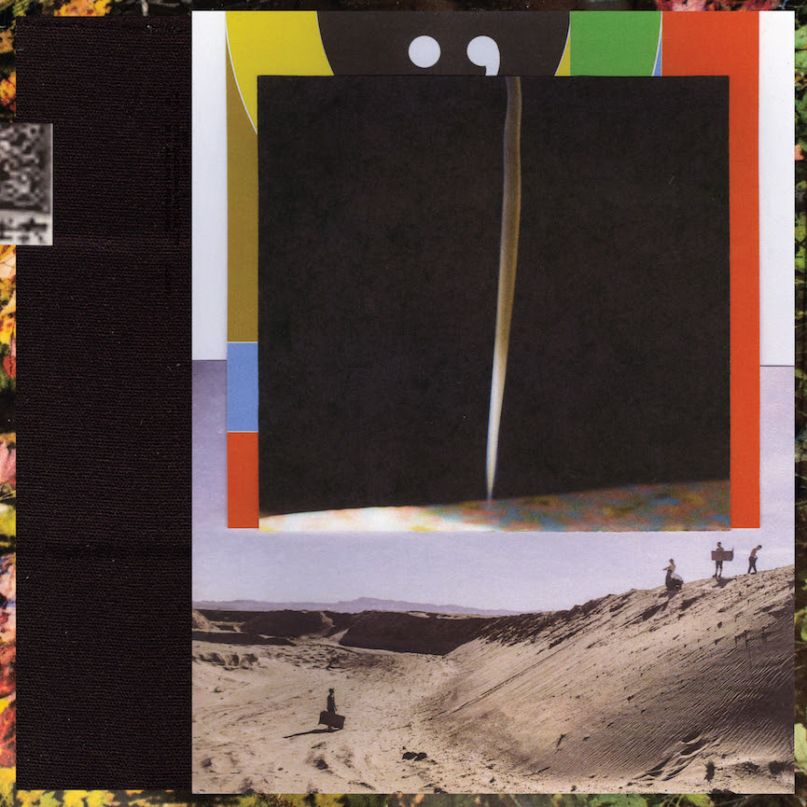 Multiple listens of this album have yielded some of Bon Iver’s best tracks, and plenty of pretty moments. Rarely do they coalesce into the sum of their parts, however, as “pretty” alone does not make a good album.

Wisconsinite Justin Vernon, AKA indie folk artist Bon Iver, has officially committed to his adoration for electronics on i, i, his latest and most inconsistent record, continuing the glitchy electronica and soulful vocal samples that ran amok on 2016’s 22, A Million. However, it seems unlike on 22, A Million, the trouble with i, i is unfortunately a pretty big one; the tunes at the core of each song just don’t coalesce as obviously and completely. 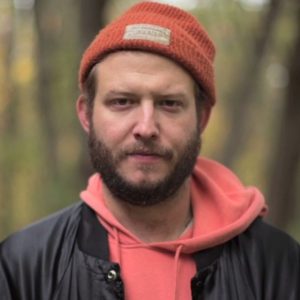 The first real track we get (after the hilarious intro “Yi”) is “iMi”, which features a cavalcade of guests not limited to electronic musician James Blake and Channy Leaneagh, lead singer of synth pop outfit Poliça. Swaths of lo-fi white noise introduce the track as Blake coos almost indistinctly, his voice covered in effects. Vernon appears soon after, strumming a minimal acoustic guitar passage, anchored by warm background vocals and a stomping electronic beat. An all-too brief section around the 2:20 mark reveals what sounds like some spindly banjo and crisp synthetic percussion, but while the overall sounds themselves are nice, the construction of the track begins a troubling trend of not following a catchy or coherent path.

“Holyfields,” begins with more blasts of white noise and piercing synths, as Vernon sings in a calming lower register. An insistent but weak kick drum patters away in the background as Vernon hints at the perils of climate change with lines like “The dawn is rising/But the land ain’t rising…Before my eyes/Couldn’t learn it any other way”. Other than some swells of strings in the last minute or so, not much else happens or progresses to make it stick out as a highlight.

The earliest highlight is “Hey, Ma”, one of the singles that was shared in anticipation of the record. It easily ranks as one of the best Bon Iver tracks, with soft synth pads and an insistent marching snare. The chorus is both catchy and one of the clearest moments on the record. Essentially abandoning the glitchy background effects found on many other tracks, Bon Iver crafts an emotionally stirring ode to the importance of not getting caught up in materialism and calling your mom. The steady, lo-fi beeping tone that keeps time throughout the track recalls Jam City’s 2015 record Dream A Garden, which also shares similar themes of environmentalism and human connection.

Fellow single “U (Man Like)” follows, and is an equally impressive track, with its stately, almost gospel-tinged melody and choir vocals. Vernon’s falsetto makes an appearance as well, and it’s no surprise that Bruce Hornsby himself pops in for a welcome vocal contribution. All in all, it’s an effortlessly pretty track that, if anything, ends too soon.

“Naeem” is certainly the most passionate and raw Justin’s vocals get on the album. Practically shouting about the youth rising up and becoming activists against the impending fate of climate change, the second verse signifies that Vernon is content with the understanding that the political/activist torch is being passed on from his generation to the next. “Well, I can’t be angry long/We burnt up in my bed,” Vernon sings. “Oh my mind our kids got bigger/But I’m climbing down the bastion now/You take me out to pasture now”. It’s a beautiful song with a simple chord progression and flourishes of piano and guitar, but the mixing, especially during the climax of the song, is inconsistent, and the melodies quickly leave your head as soon as the song is over.

“Jelmore” continues the low point of the record, with haunting and borderline busted synth chords. Almost an interlude of sorts, the song’s disjointed feel is at least purposeful, as the lyrics point to end times and repetition of “leaving”, “heading out the door”, and “we’ll all be gone by the falling light”. It’s certainly one of the more lyrically direct songs on the record, with the message that we must not avoid taking action with lines like, “How long/Will you disregard the heat?”, but Vernon fears we may be too late. He also takes the time to add “poke camadee” to the lexicon of Bon Iver phrases like Holocene’s “jagged vacance” that return zero Google search results.

The next track, “Faith”, both lyrically and thematically, lifts the mood of the album considerably. Placed after the dour, concerned mood of “Jelmore”, “Faith” posits there may still be hope yet. “I know it’s lonely in the dark/And this year’s a visitor/And we have to know that faith declines/I’m not all out of mine,” Vernon sings on the final verse, over soft acoustic guitar and harmonica. The song’s midsection offers a potent high point with emotional guitar lines and Vernon urging “it’s time to be brave”.

On “Salem”, Vernon delivers his best vocal performance, in the forefront of stuttering synths and clacking percussion. The gorgeous delivery of the lines “How long it’s lasted/I’ve not received reciprocity” is arguably the most beautiful moment on the record. The sax that appears during the final climax of the song is uplifting and fits snugly within the washes of strings and propulsive live drums.

The two most ambient tracks on the record, “Sh’Diah” and “RABi” close out i, i in predictably dreamy fashion. Warm, reverby sax abounds on “Sh’Diah”, while soft, unassuming synth pads envelop you like a hug from your favorite aunt, and Vernon’s voice is soothing as ever. The track is patient, contemplative, and hypnotic, while “RABi” shares similar sonic blueprints. Built around little more than soft guitar and a couple bass notes, Vernon does a decent job closing out the record on a good vibe, but again, it feels ultimately inessential in the Bon Iver catalog thanks to its breezy sound and lack of impactful instrumentation. Tracks like “Naeem” and even “Sh’Diah” both would have provided for more effective outro tracks thanks to their respective aforementioned strengths, which makes “RABi” come across as a missed opportunity.

Multiple listens of this album have yielded some of Bon Iver’s best tracks, and plenty of pretty moments. Rarely do they coalesce into the sum of their parts, however, as “pretty” alone does not make a good album. Chiefly, tightening up the structure of many of the songs would have kept me from coming away from this record with an overall underwhelmed feeling. It seems many critics and fans alike have lauded this record as the album 22, A Million was supposed to be, but I find myself on the opposite end, wishing the endearingly ramshackle sound collage and tight song compositions of 22, A Million had transferred to i, i, however that sadly was not the case for me. I admire what the album is saying, when it decides to say something, but Vernon sometimes forgets to have the sounds of the album leave the same impact as the message.