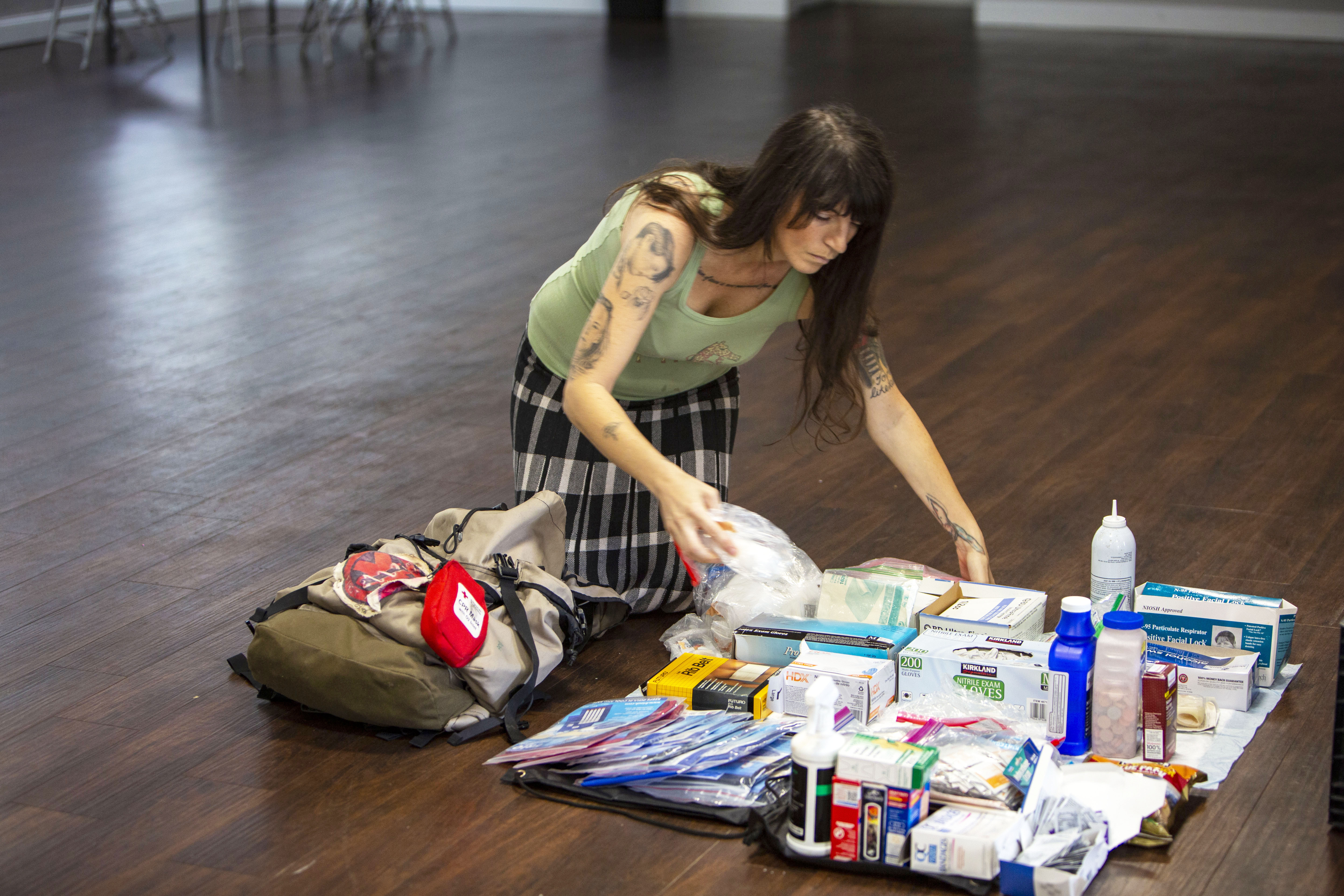 Hurricane Dorian parked over the northern Bahamas over the Labor Day weekend, pounding the islands with wind, rain and storm surge.

To find out more about what the people in the Bahamas are dealing with, WMNF spoke with Cardinal Albury, who is from the Bahamas but now lives in Tampa.

“It’s really bad. Sandy Point, right now, is the only airport actually open in Abaco. Every other airport is actually on the water. Mainland Abaco is pretty much destroyed.

“Heard from family members. The people are okay, but they lost everything. It’s a disaster right now.

“Even in Freeport, water is actually still high. And, Abaco is pretty much like about 20 to 25 feet above sea level. It’s really destructive, devastating.

“People lost everything, mostly in Marsh Harbour. You heard about a lot of people lost their lives. They don’t have a count yet, but they are still are rescuing people. People in Treasure Cay are mostly in shelters. They have not had lost lives there.

“Still awaiting confirmation from my family in Cooperstown. And, Grand Key, where I have family, there was minor damage. That’s where I’m originally from. That’s where I grew up. You have a lot of minor damage, but no loss life. That’s where the people are evacuated from and went to Freeport. But some people stayed. The people who stayed they are actually okay. We’re still waiting to hear from some people from Freeport. Some family members are okay.

“My sister — she’s fine and heard from her. They have no power, so she couldn’t charge her phone. She got rescued. She was actually inside her home. The water was starting to come up, so she walked in the road, and through the grace of God, a van was passing by, picked her up — her and her son — and they actually got into a shelter.”

SK: So, when people don’t have electricity, how are you hearing from them? How are you reaching them? Is the phone network up?

“Yeah, some people are messaging me through their phone. They have this app called What’s App, and some through Facebook. I just heard from one of my cousins, you know, her grandma just died a few months back. But now, she saying all everybody is okay, but they lost everything. So, there’s nothing to go home to or anything like that.

“So, most of the Bahamas right now are homeless. And so that’s why I’m getting a lot of stuff together. I got a GoFundMe page. I’m trying to collect donations so I can make trips down to my cousin’s business. He has a hanger down in Fort Lauderdale to get actually stuff to the Abaco and Freeport. But the only airport open right now is Sandy Point and that’s in the mainland Abaco.”

SK: Where is it right now that you’re still trying to hear from the most people? What’s the biggest mystery or the biggest unknown right now about how people are doing?

“Well, the biggest unknown right now is Cooperstown and the mainland Abaco, and also Freeport, because I have family in most of Grand Bahama. And, I haven’t heard from my aunts, uncles, cousins. I have a huge family. I want to say I’ve only heard, maybe, about 40% of the family. I’m still looking for that 60% because I haven’t heard anything.

“So, it’s just like I’m kind of worried. My mom is okay, but I also have sisters who I grew up with. I heard (from) one. But I haven’t heard the others of how they’re doing and stuff like that. So that I’m just trying to make sure everything is okay.

“Losing life is actually big. This is a very devastating situation right now, and people are just going to need a lot of help. That’s all I can say. Even therapy and all that stuff, right now. Because this is a lot bigger than what we’ve ever went through for the hurricane season since I’ve been alive, and all. And, it it’s very devastating. It’s had me in tears.”

At least five people have been confirmed killed in the storm.