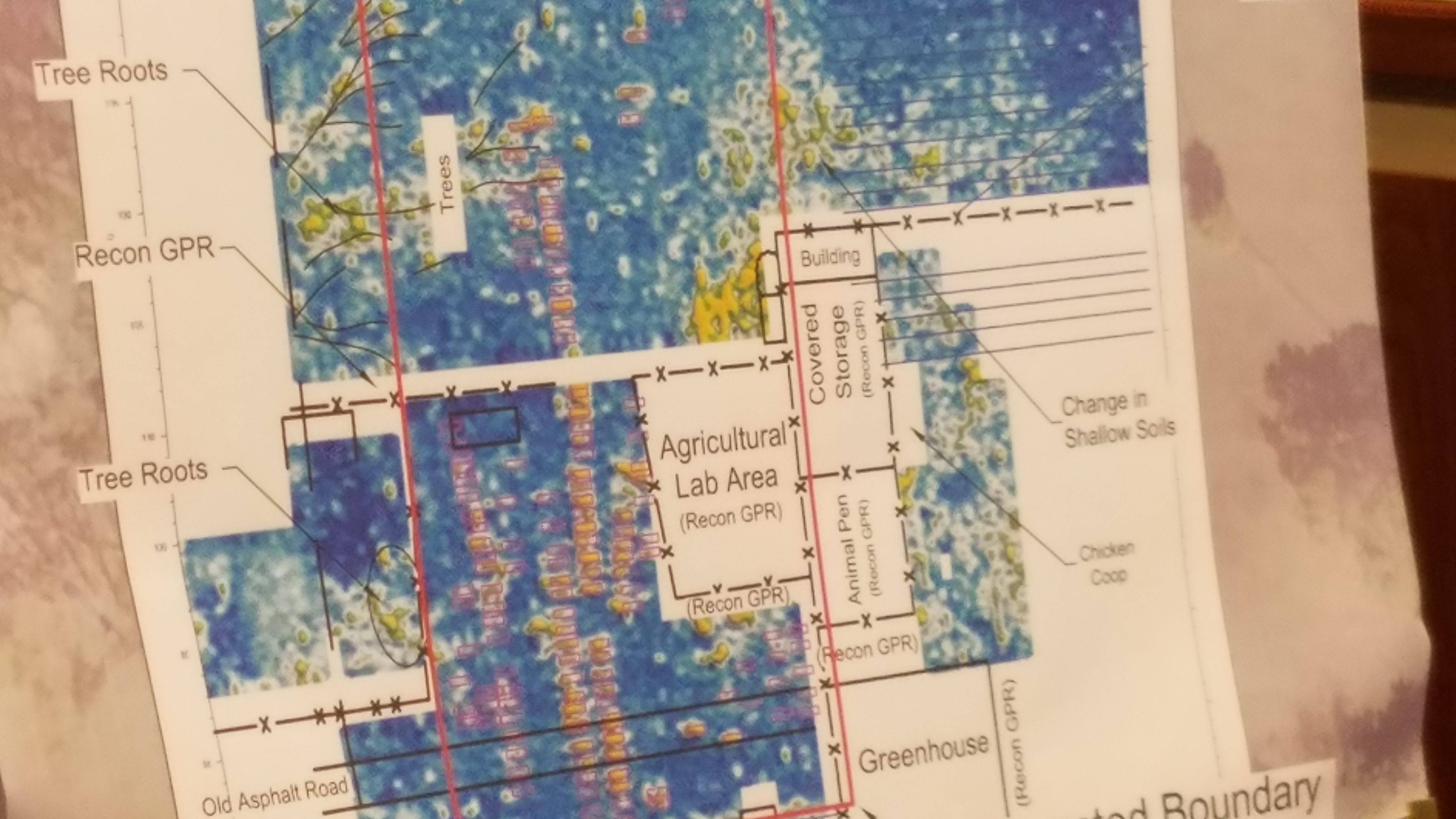 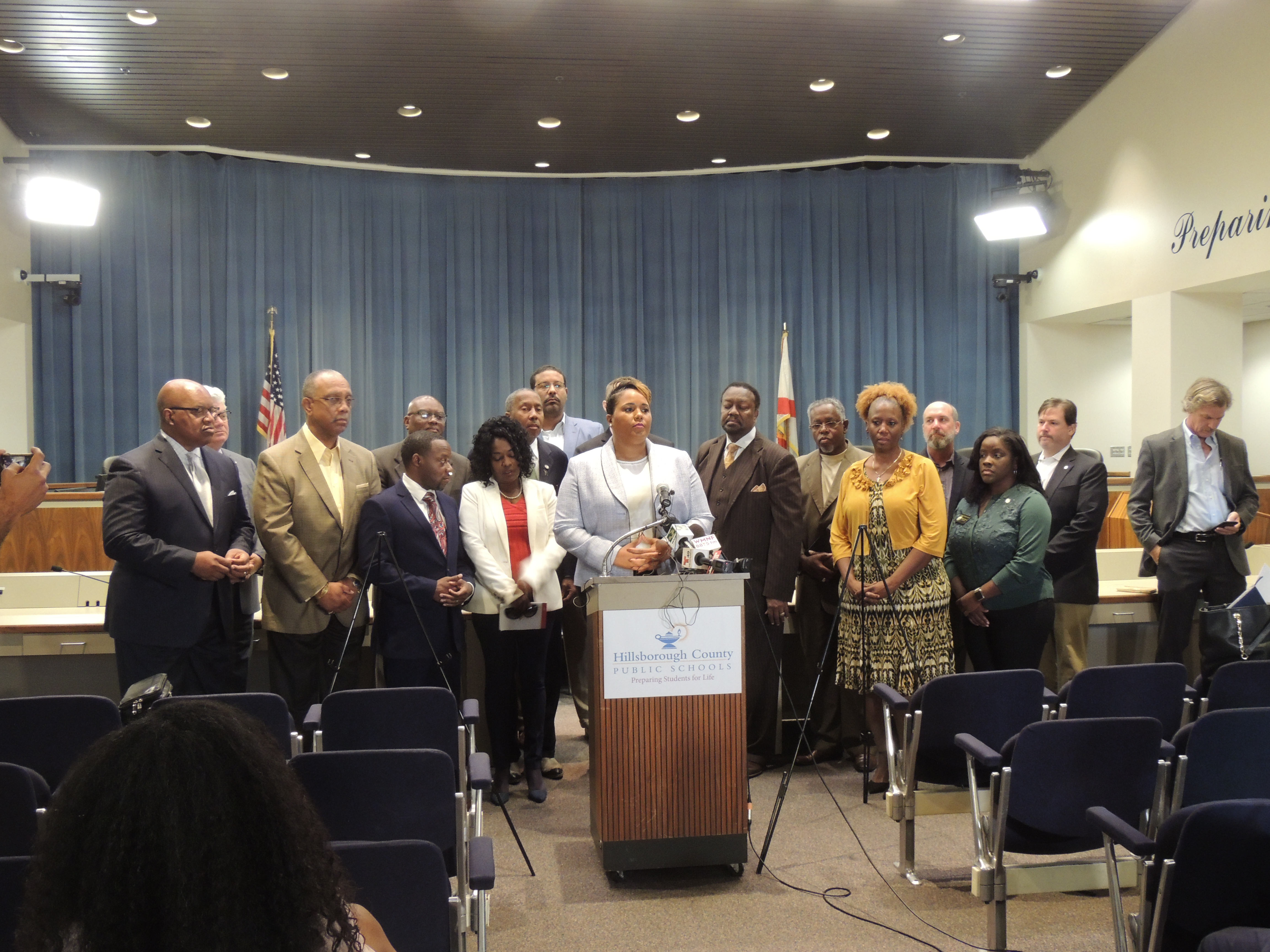 There are 145 graves on the grounds of King High School; on Wednesday morning Hillsborough School Board member Tamara Shamburger called the announcement “rather challenging times” for the school district.

“We believe we have found Ridgewood Cemetery (on the King High School campus). We remain committed to respecting the individuals who are buried there and their families. …

“Ground-penetrating radar found approximately 145 coffins buried three to five feet deep. This entire area has been fenced off since last month when a citizen first alerted us to the possibility of a cemetery.”

Hillsborough Schools Superintendent Jeff Eakins also spoke Wednesday during the release of the final report by geophysicists from the company GeoView. Eakins said there are some possible reasons that radar found about 100 fewer coffins than known burials at Ridgewood Cemetery. One is that radar is good but not perfect, another is that many graves may have been moved, some might be below a workshop building, there could be water intrusion, and finally, some may have been too small because there are dozens of infants or small children known to have been buried at Ridgewood.

After the release was a meeting of the Historical Response Committee. It was formed last month to consider responses to the news that a mid-20th Century cemetery for poor and indigent people, mostly African-Americans, was on King High School grounds.

Listen to the WMNF MidPoint show on the Historical Response Committee here.

Listen to the press conference by Shamburger and Eakins about graves at King High School:

Listen to the meeting of the Historical Response Committee:

Watch the press conference and meeting of the Historical Response Committee here:

According to the school district,

“Hillsborough Schools is delivering these findings to the county Medical Examiner and State Archaeologist today—as outlined in Florida law. We expect they will take the next 30 days to review this report. They can then keep possession of the land or decide to turn the land back over to the school district.

“If the land is turned back over to Hillsborough County Public Schools, our leaders will work with members of the Historical Response Committee to discuss proper ways to memorialize the individuals, how to best care for the space and learning opportunities for students at King High School and other schools.”

These are the participants in the Historical Response Committee: 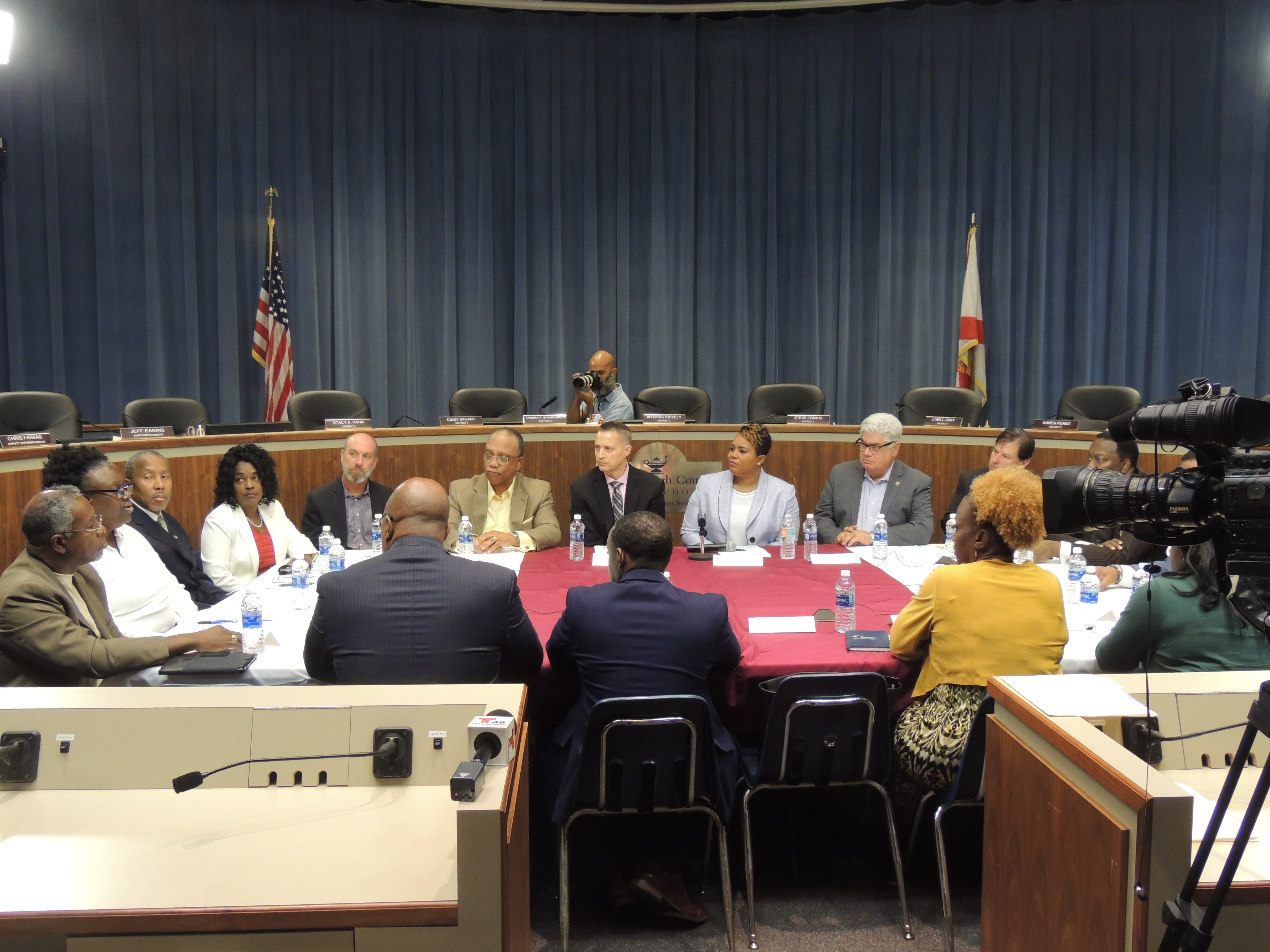