Home Music Can we get an “Amen!”? Rev. Billy C. Wirtz and ﻿The Rhythm Revival Show

The Rev. Billy C. Wirtz, R&B musician, comedian, and long-time host of WMNF’s The Rhythm Revival, will be performing as the opening act for Louisiana blues singer and piano player Marcia Ball at Skipper’s Smokehouse, Friday, Jan. 13. What better time to share a bit about Rev. Billy and his popular Friday drive-time show. 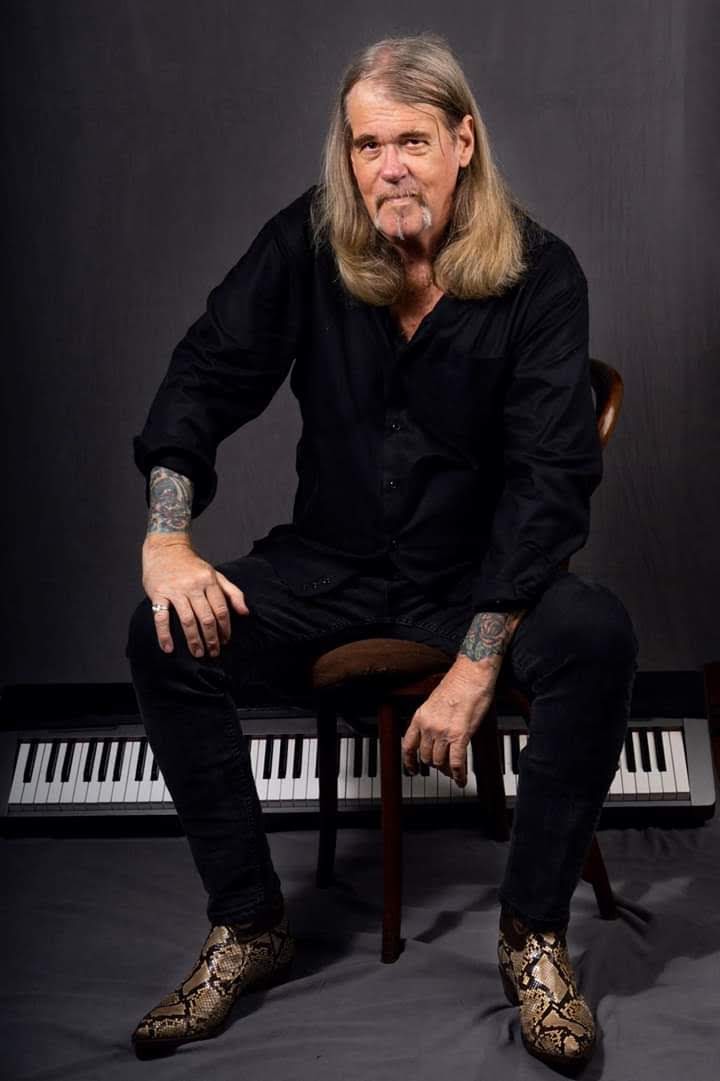 The Rev. Billy C. Wirtz, host of The Rhythm Revival

As a performer, Rev. Billy says, “I wanted to combine old school Boogie Woogie piano with highbrow/lowbrow hijinks and bring good music and good times to the club scene. Since my first solo club gig in August of 1979, I’ve traveled the world Rockin’ the Ivories and (hopefully) leaving them rolling in the aisles.”

Wirtz joined the WMNF broadcast line-up in July 2014 when then Program Director Randy Wind asked if he would be willing to bring his celebration of roots R&B and country to the Tampa airwaves. Rev. Billy answered the call and, ever since, has been making the drive from his home in Ocala to Tampa each week to bring roots music: blues, R&B, country, and gospel music to WMNF listeners everywhere.

“I brought my own personality to the game, but it soon became clear I needed some help,” Wirtz said. “That’s where Patty came in.”

Co-host Patty Perky was at her day job listening to the show when Randy Wind appealed for someone to assist on the show. She said, “I thought, I can do that.” Without any radio background, but with IT experience and an immense love for the music, Patty fit right into the WMNF family and has never looked back.

A number of other familiar personalities have co-hosted The Rhythm Revival over the years, including Bob “Commuter From Hell” Gray and musician Ronnie Elliott, who has since relocated to Europe.

Rev. Billy has also hosted morning radio shows over the years–the chatty kind with witty banter between the hosts. “A lot of the stuff we play is obscure R&B, country and gospel, Wirtz said, and he wanted to share that knowledge with listeners. “I needed someone on the air who I could work off of.”

Again, Wind suggested another good addition to the show, “Marvelous Marvin” Boone. Marvin is a respected Tampa Bay radio personality who volunteers his time away from his corporate radio job to share his father’s vast collection of vinyl records.

“Marvin’s father was in the record and radio business and had all these albums he was going to throw away. Killer gospel albums, country, and rock and roll,” Rev. Billy said. 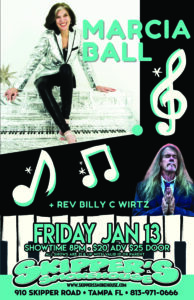 “Between his collection and mine and the knowledge of the artists we play, we have a kind of energy that goes back and forth between us,” Rev. Billy said.

Both Rev. Billy and Marvelous Marvin also help promote WMNF by hosting, emceeing, and performing for house concerts and other community events throughout the Tampa Bay area–all to benefit WMNF. For a sizable donation, listeners can book Rev. Billy and Marvelous Marvin to play their parties. Marvin brings his vast record collection and sound set-up, and Billy brings a keyboard–between the two, they can accommodate almost any musical request.