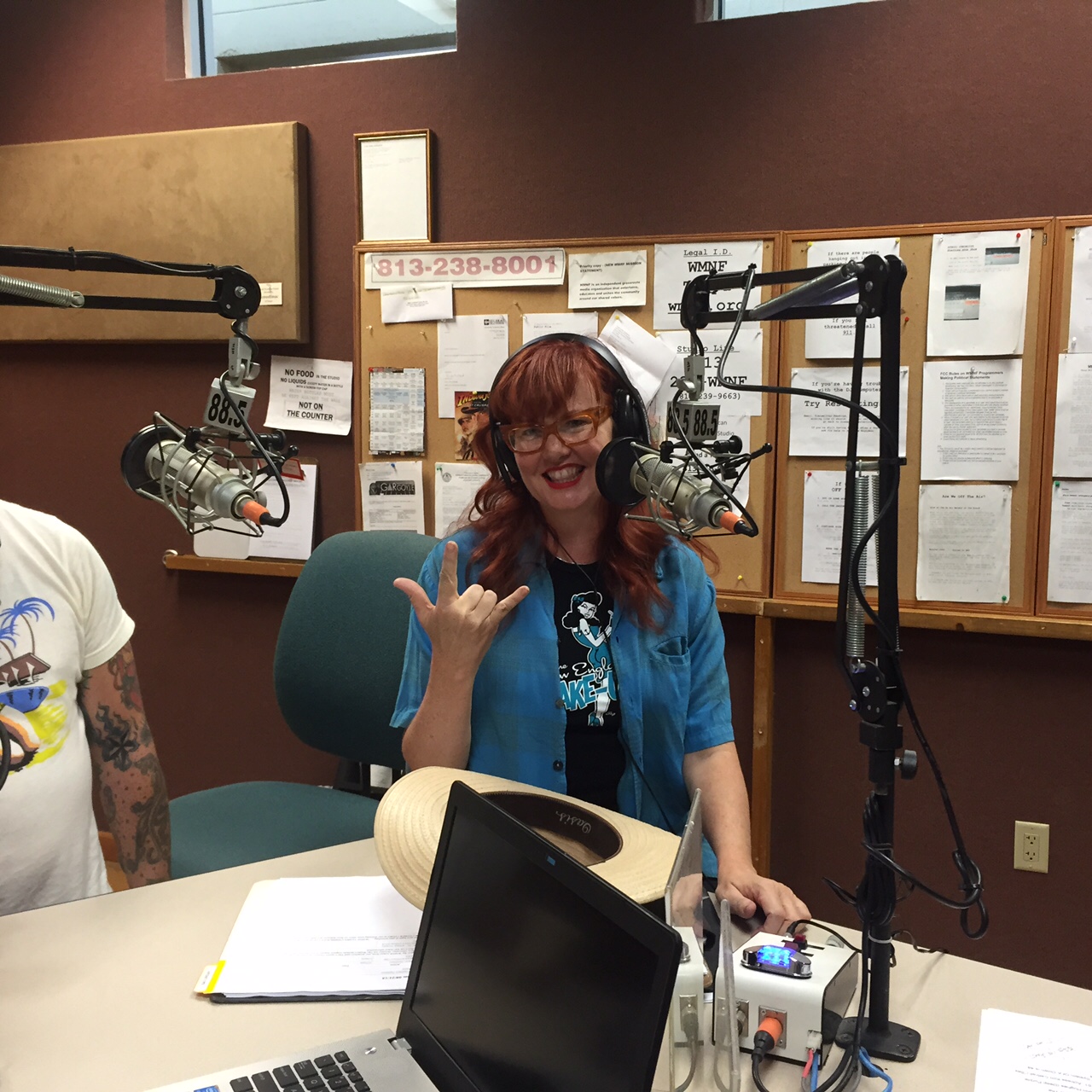 “If Elvis had been a woman, he probably would have sounded just like Kim Lenz… — Rolling Stone ”

Rockabilly Queen Kim and her band stopped by WMNF studios this afternoon to talk about her concert tonight, and play a bunch of music. You can listen back on the Bumpy Ride page, aka the Music Show with a Drinking Problem.  The Rebel told her about his Elvis jacket, and Commuter cracked jokes. Everyone played great music! 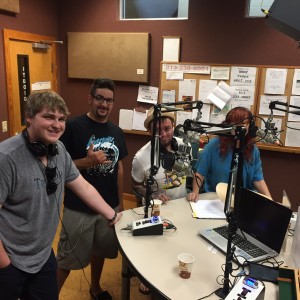