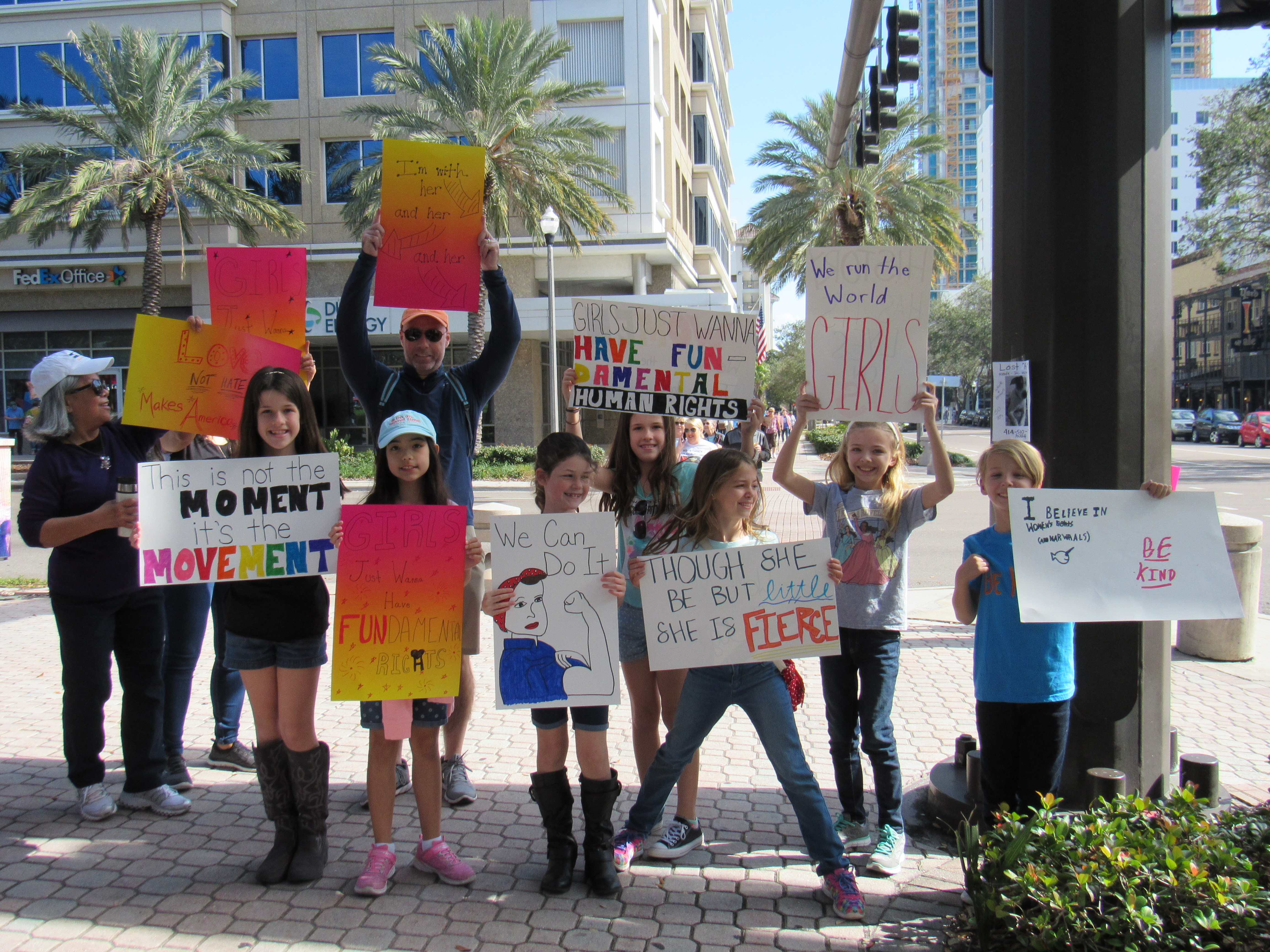 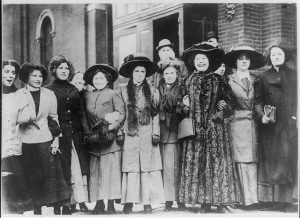 WMNF has some special programming, and we also realize that some of our wonderful regular programming is super special, for International Women’s Day.

A little history, or, herstory.

International Women’s Day has been celebrated in the United States for more than 100 years. It first began on February 28, 1909 as National Women’s Day, marking the garment workers’ strike by women the previous year.  On March 8, 1908, 15,000 women, garment workers, marched through the Lower East Side of New York City, demanding better working conditions and fairer wages, according to The Sun.  It was not the first, nor the last strike by female workers.  The date was chosen because on March 8, 1857, female garment workers had also marched in a strike against the same miserable conditions. Even though they were beaten by the police, that action led to the first women’s labor union. 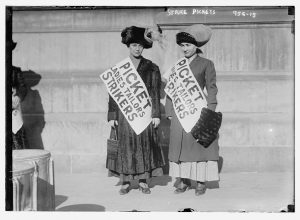 The day in 1909 was marked informally with marches and actions until 1914, when International Working Women’s Day was declared for March 8 of that year, a Sunday, so more women could participate. In the intervening years there had been several protests and strikes, most notably after the Triangle Shirtwaist Factory fire, in which 146 women died by either being trapped in the factory or jumping to their deaths. The day was renamed International Women’s Day, and was observed in Europe and the US.

6 – 9am – Morning Show – host Bobbie Dusenberry will be playing music by a variety of women, with a special in-studio performance by Danielle Mohr. The morning show is an eclectic mix of new releases, Americana, rock and surprises.

9 – 10am – Democracy Now, hosted by Amy Goodman, is a national news and public affairs show

10 – 11am – From a Woman’s Point of View – Our weekly Women’s show, hosted by Mary Glenny and Arlene Engelhardt,  will be  talking with dreamers, immigrants, and Native Americans and how it all relates to International Women’s Day.

Noon – 1pm – Midpoint – Journalist & Emmy Award Winning Documentary Producer Lynn Marvin Dingfelder takes over the show. She will be talking about a brief history of International Women’s Day; the success/ renewal of the feminist movement in the US; women in politics, then & now; updates on working conditions/ equal pay; status of Women in FL; the #me too movement & whats next; our Future … where do we go from here. Guests include Shelly Reback, attorney & activist, Erin Aebel, and Liz Lanier ( co-founders & local organizers of the Surly Feminists).

2 – 4pm – It’s the Music – hosted by Nancy Cee, Programming will reflect strength & unity of women, with all female recorded artists, including an original poem written for the day, by Lori Karpay. Lots of new releases, deep cuts and probably some songs from the upcoming Gasparilla Music Festival.

4 – 6pm – Traffic Jam with Amy Snider – Amy will bring her mix of local and national rockers.

6 – 8pm – PostModern Hootenanny – Jennifer Hollowell will be concentrating on fantastic tunes from women in the folk & Americana vein.

8 – 10pm – Indie FM – Katarina Lauver will be playing music by women, and about women, drawn from indie alternative genres.

10pm – midnight – Ultrasounds – Eluv featuring songs of all women vocalists and a few female poets from around the globe.

Sunday (3/11), noon on The Source, Life Elsewhere with Norman B will feature for International Women’s Day, an interview with Elaine Weiss on her new book, The Woman’s Hour – The Great Fight To Win The Vote.

WMNF has many other shows helmed by women, and all of the station celebrates the contributions of women this March 8. In addition, WMNF will be further celebrating the women of WMNF at an open house on Sunday, March 18 from 2-5pm. Please come and bring a dish to share!